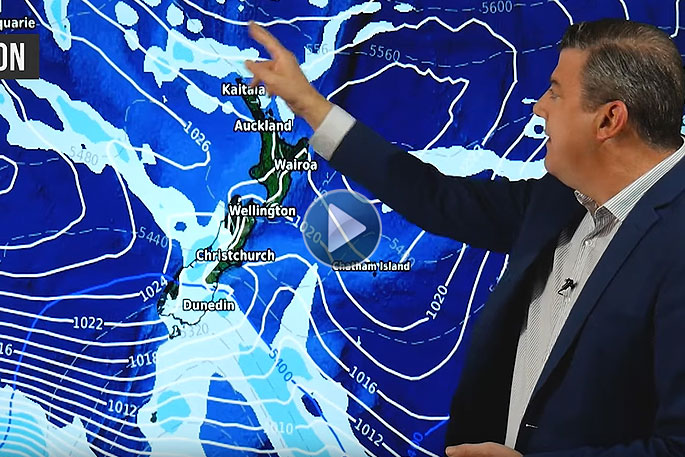 Images and video by WeatherWatch.co.nz

Blustery conditions are being forecast for the North Island as a fairly large and energetic low deepens this weekend just north of NZ.

WeatherWatch.co.nz says it will develop into a storm in the coming days with winds reaching gale force around the centre offshore.

The centre is expected to remain offshore from NZ for an entire week - but a powerful high pressure belt coming out of Australia will dominate the South Island and, by the looks of reliable modelling, will also keep this sub-tropical low off most of the North Island.

"But the belt of windy weather between the big high and deepening low, known as the 'squash zone', will affect much of the North Island with blustery conditions in exposed areas, especially in the top half of the island where the low itself may move closer bringing additional wind strength," says the weather organisation.

"The incoming high is the dominating feature and will bring drier than average weather to most of NZ.

"But here's a little good news, the sou'east flow coming into Hawke's Bay will bring showers which could accumulate to another 20mm or so over the coming week for this very dry part of NZ."

WeatherWatch.co.nz says this set up may be favourable to surfers in some locations in the upper North Island too.

"There will, generally speaking, be building north east swells and a south east wind.

"This set up may be dangerous for children and weaker swimmers - and those people are advised to stay out of the water in north eastern beaches of NZ this weekend and next week.

"Waves may also go above the usual limits due to increased power at sea caused by the storm."

While a polar blast isn't now expected for NZ (with the incoming high shutting it down), it's likely cold Southern Ocean air will still end up moving in around the right hand side of the high - and this actually makes it move up and over the North Island instead - as a cold sou'easter.

"Napier, for example, has sunny weather and highs in the late teens/around 20C next couple days - but all of next week it's showery with highs of just 12 or 13C in the city as colder south east air moves in between the high and the low." 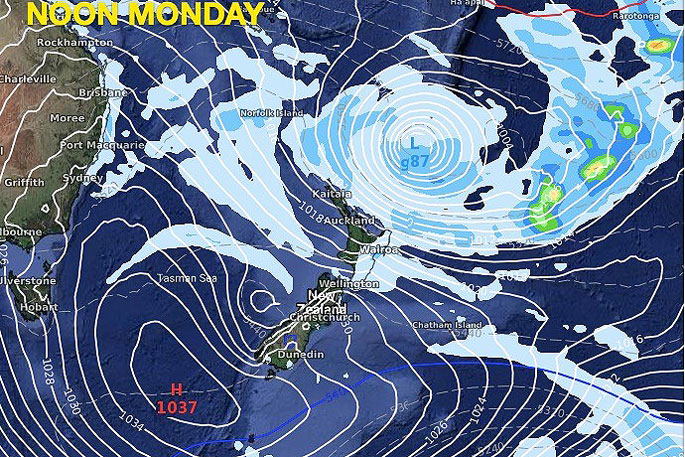 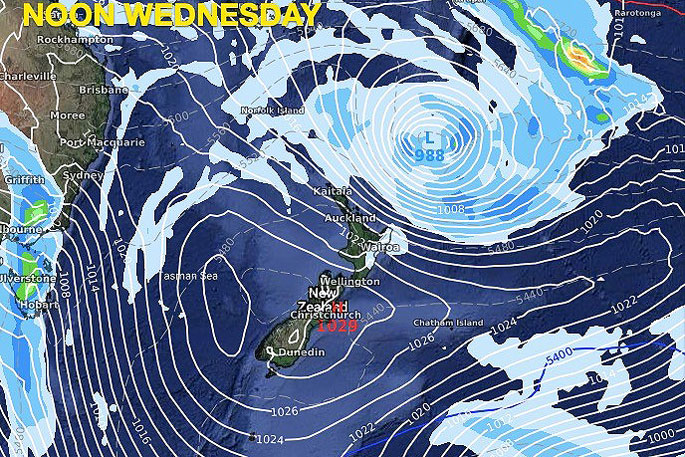 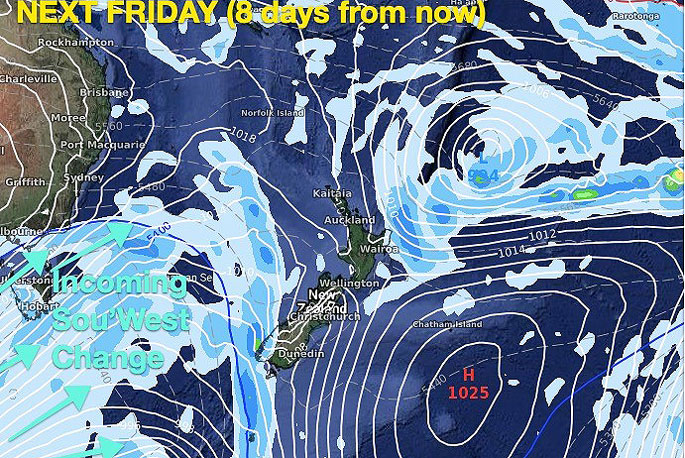