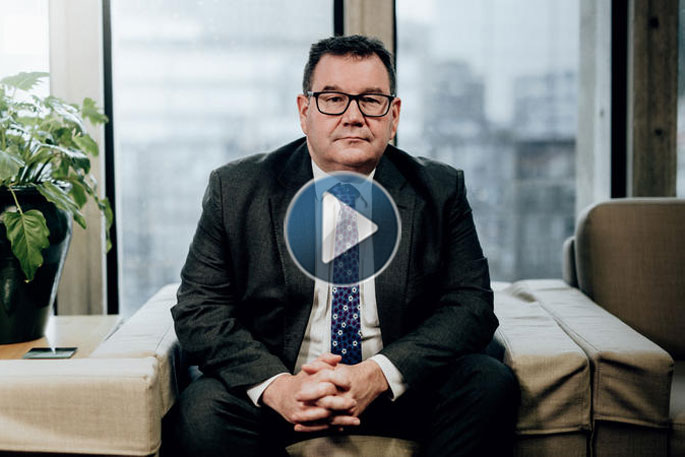 Today is Budget Day and all signs are it will deliver more money into the pockets of New Zealand's poorest and those hit hardest by Covid-19.

There are big expectations around the usual areas - health and education, but do not expect much more for housing after the multi-billion package announced in March.

The one exception will be what Finance Minister Grant Robertson describes as "significant" funding for Maori housing.

This time last year he was staring down the barrel of the pandemic and the unknown extent of the economic damage it would cause.

New Zealand is "not out of the woods yet", he says, and while both the global and domestic economy has done better than expected, "every single forecast that [he reads] includes the words 'uncertainty' and 'volatility'."

"We're still in the shadow of Covid, but we are now moving into the recovery phase."

Too much debt, or not enough?

What is certain is the government faces a growing mountain of debt - predicted to peak at about 52 per cent of GDP in 2023.

Green MP Julie-Anne Genter argues there is a once in a lifetime opportunity to "push it further" and borrow cheap money to tackle entrenched problems.

"We have really low interest rates and we're facing a number of long term challenges, including climate change and structural inequality, child poverty in New Zealand.

"Most of the major institutions internationally are telling governments now is the time to borrow and invest in your people, in carbon friendly infrastructure - it's not the time to say that you're prudent in reducing debt," she says.

Robertson says he has to balance the social impact of Covid against the burden on future generations: "What does this look like, further down the track, both in terms of the way that we keep a lid on debt and in terms of what we invest in?"

ASB chief economist Nick Tuffley says the economy's consolidating, but the effects of the massive Covid-19 response are starting to wear off.

Some growth is expected, but is likely to remain sluggish until the border fully reopens.

A cautious approach is warranted, he says, because while New Zealand has "substantially rebounded from the depths of the lockdown period", every dollar borrowed now has to be repaid by future generations.

"The debt level is looking much, much larger than what it would otherwise have been before the pandemic and we're going to be less able to absorb the impact of an ageing population over the next few decades."

The better than expected financial position gives the government more headroom, he says, but that just means "we're putting less on the credit card, it doesn't mean we're out of trouble".

"So if you take that quantum of debt that we're going to build up over the next few years, we're going to basically have a three fold increase from where we started pre-Covid."

Unemployment figures have held up remarkably well - figures released last week show unemployment at 4.7 per cent - comparable to the 4.2 per cent before the pandemic.

But do they mask the true impact Covid-19 has had on some New Zealanders?

Unite Union general secretary Dennis Maga says women, Māori and Pasifika have seen their "their jobs disappear disproportionately", and getting them into a new line of work is crucial.

Job security is a major concern for many, he says, because of short term contracts increasingly introduced into the market, or a way to get away from the "employee/employer relationship".

Greens co-leader Marama Davidson says there should be more direct financial support for the most low paid.

"We're hearing from the sector, from people at the frontline ... that the benefit levels are unable to support anyone to live in dignity right now, that we need an extra increase to the base benefit rate."

Reducing inequality is a big focus for the government, says Robertson, who acknowledges the "uneven impacts" of the recession.

It is important, therefore, ministers "pull the levers that we can to make sure that New Zealand lives up to being the kind of society that we want", he says.

"Even in a constrained fiscal environment, it's important that we remember that there is inequality and it's not something that we can accept.

"And so we can look to what we've already done, to be able to support people through things like the Families Package, the lifts we made to benefits during the Covid Budget as well, so we will be seeking to build on what we've done."

Get things moving - spend money on infrastructure as economic stimulus

Business New Zealand's Kirk Hope says plenty of money has been committed to major infrastructure projects, but the work now needs to get done.

"It's not really a Budget issue so much anymore, it's much more of an execution issue."

National's Andrew Bayly says if the government "says it's going to build something, build it".

Uncertainty is the worst thing for contractors, he says, and there should be a 10-year plan in place.

The $12 billion 'upgrade' programme unveiled early last year was then topped up at the Budget as part of the Covid-19 response.

Grant Robertson says funding has not always kept up with population growth - fuelled by migration in past years - something he will talk "quite a bit more about" today.

'Get the funding right'

Robertson told First Up the government was working on increasing Pharmac's budget, but that would be over the years.

"I'm not diminishing the fact that there are ways new medicines coming onto the market ... there's always people who are looking to be able to get that thing that'll just make that huge difference to them

"We're acutely aware of that."

He said the government already announced that it would be undertaking a review into proceedings of Pharmac.

He would not say if the Budget today would influence Pharmac's proposal to take away the special exemption which gives children with cancer access to any drug they need.

"Politicians do not make the decisions about individual medicines or individual drugs. Pharmac are the experts ... they decide which drugs get funded.

"Our job is to get the settings right, get the funding right."

As for the high cost of dental care, he said the government could not control what dentists charge, but "if you are under the age of 18 ... you should be able to get free access to dental care and there is negotiation between the government and dentists about the provision of that care, beyond that, people can go through Work and Income to get support for any dental care they need, there is limits around that which I know are challenging".