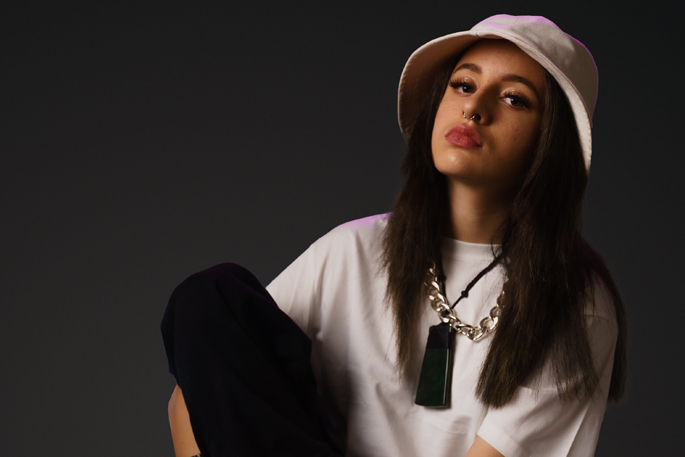 Tauranga singer Skye Hine has made it through to the final four on TVNZ 2’s Popstars, and must now write and record a brand-new single that she will perform in front of a live audience before it is released on nationwide radio.

The 16-year-old Mount Maunganui College student was chosen for the top four after a night of performances in which the contestants showcased their own music.

Along with Skye, other artists in the final four are TJ Zimba, Christabel Williams and A.R.T. All four are in the running to take home the life-changing $100,000 prize.

The competition began in April when 12 contestants, including Skye, who lives with her family in Welcome Bay, were selected from hundreds of hopefuls.

The final four have impressed Popstars’ panellists Kimbra, Nathan King, and Vince Harder with their vocals, song-writing, and stage presence, and now they face a huge week as they create their own singles.

“Each of these top four artists has shown something different in each performance so far. It’s exciting to see what they are going to bring next, and where to from here for each of them.”

Skye and the other three finalists will release their new singles on Friday, May 28, and will perform these original tracks at Auckland’s iconic Powerstation live music venue that night, with celebrated producer, singer and rapper Kings also taking the stage.

Grammy award-winner Kimbra is set to wow the crowd with the world premiere of her new single ‘Replay’ off her upcoming fourth studio album.

If you want to be part of the Popstars Final Performance you can head along to the Powerstation on 28 May. A limited number of general admission R18 tickets are available to purchase through www.aaaticketing.co.nz/event with proceeds going to the MusicHelps charity, which uses the power of music to support New Zealanders in need.