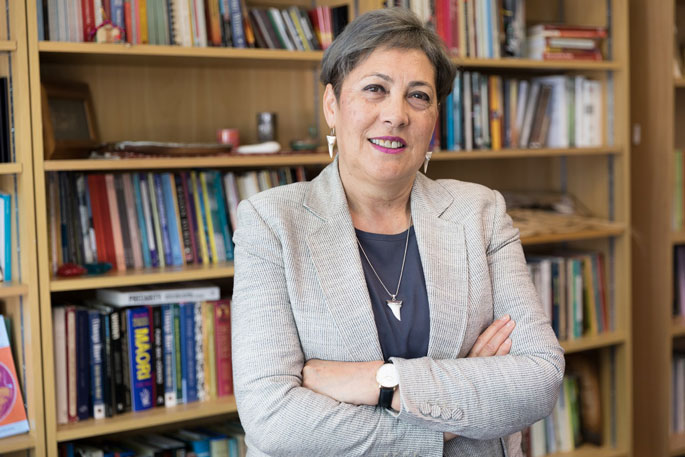 A well-known indigenous studies Maori researcher and academic from the University of Waikato, has been elected as an international honorary member of the American Academy of Arts and Sciences.

It is a rare honour, and believed to be the first time a Māori academic has been elected to join the Academy.

“There are quite a few of my heroines on the list, including (Hawaiian human rights advocate and political scientist) Haunani-Kay Trask and (Indian scholar and literary critic) Gayatri Chakravorty Spivak.

“I feel very honoured and humbled as a Maori woman to be elected,” says Professor Smith, who has been a leader in the field of indigenous studies and kaupapa Maori research for more than three decades.”

Linda’s books, articles and YouTube lectures are prescribed texts in universities around the globe.

“I never started my work because I thought organisations such as this would be interested in anything I do, but it demonstrates some of the changes occurring in the knowledge world in terms of increased diversity, the inclusion of women and people of colour and indigenous cultures. It’s a sign that things are changing and I feel good about that.”

The Academy was established in 1780, and celebrates “extraordinary people who help solve the world’s most urgent challenges, create meaning through art and contribute to the common good from every field, discipline and profession”.

“We are honouring the excellence of these individuals, celebrating what they have achieved so far, and imagining what they will continue to accomplish,” says David Oxtoby, President of the American Academy.

Linda has strong relationships with indigenous researchers and communities around the world, including North America and Australia.

She also has links to the United States, having lived in Carbondale, Southern Illinois as a teenager when her father was doing his PhD there.

“It was the 1960s, and the civil rights movement was gaining strength,” recalls Linda, who is a passionate advocate for indigenous and civil rights.

“Living in the US at that time helped give me perspective to the issues faced by Maori in New Zealand at that time.”

Linda is one of the first Maori women to become a Fellow of the Royal Society of New Zealand in 2016, is also a member of the Waitangi Tribunal.

She contributes to both research and Maori communities in a number of other roles and projects, and is currently doing research in the areas of health and family violence.

The Academy is planning to hold its annual induction weekend for new members in April 2022 in Cambridge, Massachusetts, and Linda hopes to attend if Covid-19 travel restrictions allow.

For more information on the American Academy of Arts & Sciences see www.amacad.org