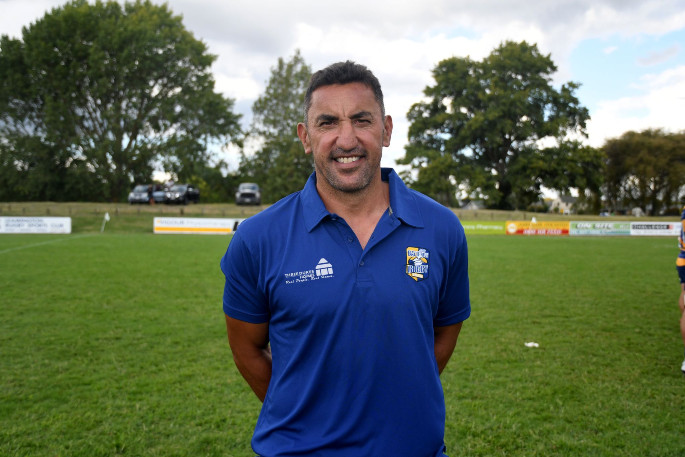 The Bay of Plenty Steamers face a revenge tie against defending champions Tasman in their opening game of the upcoming 2021 Bunnings Warehouse NPC season, whilst the Volcanix will face off against 2020 finalists' Waikato in their first game of the 2021 Farah Palmer Cup.

Tauranga Domain will play host to the Tasman bout on Sunday, August 8 with the Bay looking to even the score against the side that beat them in last year's Premiership semi-final.

"We are excited about having Tasman on our home turf," says new head coach Daryl Gibson.

"It will be a great opening challenge for the team, and we expect the boys to take it to the Mako's upfront and put on a show for the home crowd."

Meanwhile, the Volcanix prepare to call Tauranga home for the entirety of their 2021 campaign with two games at Blake Park and one at Tauranga Domain.

"There is an obvious benefit of having two of our three home games right here at Bay of Plenty rugby HQ," says Volcanix head coach Rodney Gibbs.

"The girls train out on this field every day, and I'm sure that familiarity will play into their favour come game-day."

Tauranga also hosts four of the five home games for the Steamers, with only the final game of the season locked in for Rotorua International Stadium.

"The Wellington vs Steamers will be a great game for Rotorua International Stadium to host, being later in the season and with warmer weather," says Sport and Events manager Steve Watene.

"We've managed to attract some great events for the stadium and we’re stoked to be able to add a Steamers game to the line-up.”

A later than usual draw is the primary contributor behind the two team's 3-0 and 4-1 split, with Rotorua International Stadium becoming largely unavailable due to earlier event bookings like the inaugural Youth Cup competition.

"We have been working with Bay Rugby on the new Youth Cup with twelve representative teams from the three sub unions converging on the stadium for a weekend of competition," says Steve.

"We are excited to be the host for this inaugural event."

The official 2021 draw also includes the highly anticipated Katikati home game as the town prepares to host their second consecutive pre-season bout vs North Harbour on the July 30.

Katikati Rugby Club spokesperson Liza Hodson says the event is sure to cause a massive stir in the town.

"The game in 2019 was a massive success, and we are very excited for this year," says Liza.

"Having the Bay play right on our doorstep is a big deal, especially for our kids who get to see their heroes in action.

"We have seen an increase this year in junior rugby participation with the addition of two new teams, and initiatives like these play an integral role in stimulating the growth of the game in our regional communities."

Both the Steamers and Volcanix will endeavor to improve their 2020 campaigns, which saw them finish 3rd and 5th, respectively.