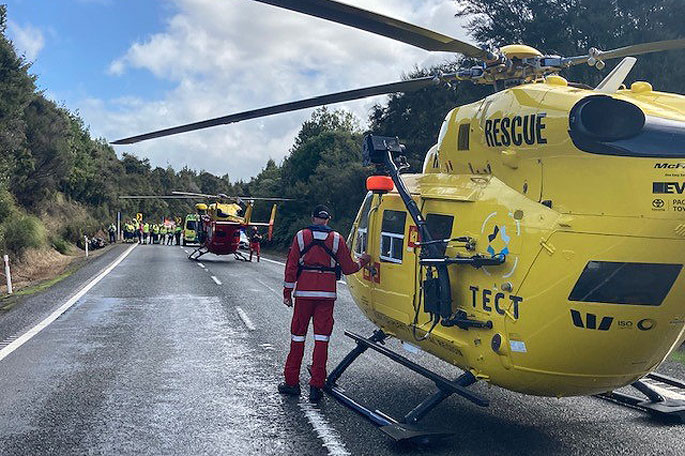 Emergency services at the scene of the crash. Photo: PTRH.

Two people are in Waikato Hospital in serious condition following a motorbike crash in the Bay of Plenty.

“Within 25 minutes both helicopters were on the scene,” says a spokesperson for the rescue helicopters.

The road was closed for several hours, and re-opened around 1.20pm.