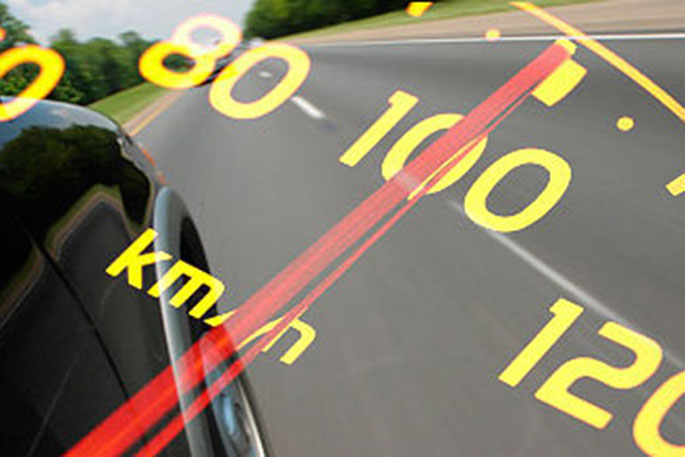 Road Safety Week runs from today until May 23. File photo.

With New Zealand committing to a future where no one is killed or seriously injured on our roads, people are urged to support safer speeds around the country.

New Zealand will mark Road Safety Week 2021 from May 17-23, with a specific focus on the need for safer speeds in communities across the country.

Waka Kotahi director of land transport Kane Patena says Road Safety Week is a timely reminder that everyone deserves to feel safe whenever they travel - whether they are driving, walking or cycling.

“Road to Zero establishes a vision of an Aotearoa where no-one is killed or seriously injured on our roads, with an initial target of a 40 percent reduction in deaths and serious injuries by 2030.

“A key part of any safe transport system is safe travel speeds, because even when speed doesn’t cause a crash, it most often determines whether or not someone is killed or seriously injured, especially when a crash involves a person on foot or on a bike.”

Director of road policing, Superintendent Steve Greally says as a committed Road to Zero partner, dedicated road policing staff are out on the roads every day targeting and preventing unsafe behaviour to reduce the number of deaths and serious injuries on our roads.

Police also supports the safer speed limit work being undertaken by Waka Kotahi and the Ministry of Transport.

“Speed is the single biggest determinant in whether someone walks away or is carried away after a crash,” says Steve.

“A small change in speed makes a big difference to injury severity – for the driver and everyone else involved.

Kane says Waka Kotahi together with the Ministry of Transport are currently consulting on proposed changes which aim to ensure that safer speed limits are set outside all New Zealand schools.

“The proposed changes would require speed limits around urban schools to be reduced to 30km/h, with a maximum of 40 km/h where appropriate, and a maximum of 60 km/h around rural schools,” he says.

“We want everyone to get where they’re going safely every time they travel, and we need safe speeds for safe trips.”

So Labour will fix all the roads. No more potholes, no more cheesegraters, no more bad shoulders, no gravel roads, no impatient drivers due to idiotic lower speed limits . . . And we all live happily ever after. Just a point Jacinda - ACCIDENTS happen, eg blowouts, animals running out, trees falling over, oily/greasy roads. So Jacinda, in that land you’re living in far, far away you need to build a road back to realityville . . .

I’m all in favor of lowering the road toll but campaigns like this would have more credibility if there wasn’t such a cynical approach to enforcement. I received through the mail an infringement notice saying I had been photographed doing 56 KPH in a 50 KPH zone. Fair enough, the limit is 50. But I obviously had no INTENTION to break the limit (it would have been much higher if I had...) and there is no indication from a photograph that I was SUSTAINING an illegal speed. (There was a time when a cop followed you for quarter of a mile and then ticketed you... much fairer.) It is obvious that this is just revenue gathering. Promote the story that "speed kills" (it is actually ignorance and negligence that kills) and then rake in the money. Most dangerous car part? The nut behind the wheel...

I’ll be honest since they cannot due to their bias(They are paid to do this). Lowering speed = an avenue for more fines/speed camera surveillance in the future to pay for all the cock-ups and exploding council/govt debt. More taxation by stealth.

Is that meant to be a joke? Tauranga has the worst drivers in the country, ignorant, selfish and blind. Every day, other drivers but more especially pedestrians and cyclists put their lives are at risk by stepping outside their gates.

How can we possibly get behind an initiative such as this whilst we still have tolerance for any alcohol use prior to driving and we still have a nonsensical push towards decriminalization of another drug which has been shown statistically to affect road safety. The default, knee-jerk reaction is to reduce speed and the focus once again justifying this change, is protecting cyclists and pedestrians. We shouldn’t have cyclists on any roads with a traffic flow rate or posted speed above a certain limit (Say 60 kmph). If we can ban cyclists from SH1 around Auckland, why should it be any different for other roads if we REALLY want to keep them safe