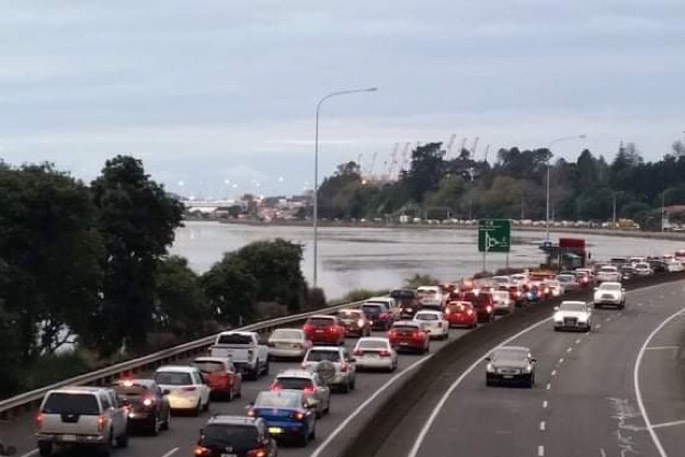 The Transport Ministry has again floated the banning of importing petrol and diesel cars by 2035 so New Zealand does not become a dumping ground for old cars.

It’s part of a high-level look at how New Zealand’s transport system could reduce its emissions to zero by 2050. Transport currently makes up about half of our emissions.

The government says it wants a "national conversation" about the changes needed to reduce transport sector greenhouse gas emissions.

"Reducing emissions across the transport sector is an enormous undertaking, but it is achievable and will help support our economic recovery," Wood says.

"The transport sector currently produces 47 per cent of New Zealand's CO2 emissions and between 1990 and 2018, domestic transport emissions increased by 90 per cent.

"We've already taken steps to reduce emissions but Hīkina te Kohupara shows we have to go much further.

"The pathways laid out in the report show it's possible to meet our emission reduction targets, but big changes will be needed in the coming decades. There will be some hard choices to make, but it's obvious we can't continue with business as usual."

But the ideas in the report, which also includes options such as scrapping existing highway projects and banning fuel-burning cars and vans by 2050, are not policy.

The government wants a "national conversation" about the changes needed.

"We want to hear from the public over the coming weeks, and we will then consider the suggestions in Hīkina te Kohupara. Our Emissions Reduction Plan will be released by the end of the year," Wood says.

Consultation is open for six weeks until 25 June.

What eventually happens, like tyres, to all the millions of batteries? Are they recyclable?

Given the track record...

... of the current Government in having Democratic "conversations" (as opposed to secret deals behind closed doors that we get no say in...), I am not optimistic for this. The idea is a good one and there is no doubt that eventually, all our transport MUST be electric because we won’t have fossil fuels... The point about other countries "dumping" their fossil fueled cars here is also relevant.

We want a conversation but will just do what we want regardless of what you say. We dont have capacity for everyone to use electric.

Interesting to read the comments on here posted without details. Firstly a diesel generator running at a constant speed would produce less pollution compared to a car or ute would per km. It takes about 1.3 KWh of power to make 1 litre of petrol. An electric car may go 6 or 7 km on 1 KWh. And what about the logistics cost of shipping that fuel to the local gas station. I would challenge anyone anti electric to go and test drive one at some stage in the next year

is not in infinite supply. Already we are hearing of generation shortages, and the knee-jerk reaction of electrifying our transport will do nothing to rectify that. Not to mention the questionable ethics surrounding the mining of minerals required to make today’s batteries.

Yeah and do your homework!

DOC just put 400 so called "good green" vehicles on the road and the one that they put on Stewart Island has been caught charging their plug-in hybrid electric vehicle with DIESEL power -YES using a DIESEL generator to keep it on the road !!!