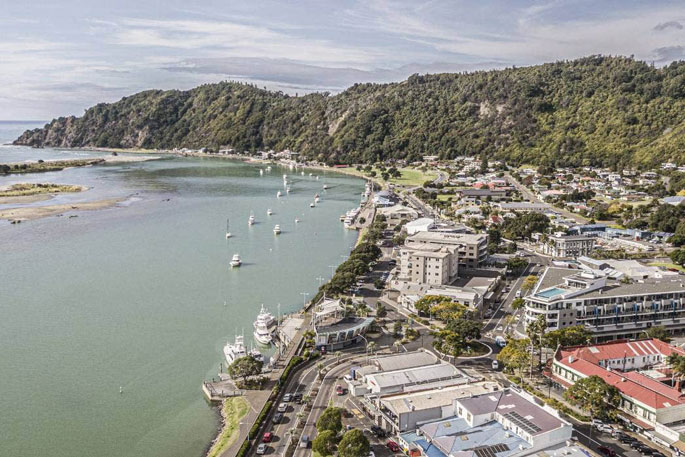 Whakatāne township has been hit hard with tourism drying up since Whakaari / White Island erupted in December 2019. Photo: Christel Yardley/Stuff.

Whakatāne’s packaging mill, one of the town's biggest employers, may yet be saved from imminent closure.

The mill’s Swiss owner SIG has announced that a consortium led by Dr Dermot Smurfit, a European investor with long experience in paper packaging, is in talks with it to buy the mill.

“A successful sale may result in the continued operation of WML. However, negotiations are ongoing and, until such time as an agreement is signed, no further comment will be made by either party,” SIG continued.

It's understood that two parties have been doing due diligence on the mill, one a local company, after SIG announced in March that it had lost its main client and was closing in June.

According to the Irish Times, Smurfit's father Jefferson was an early owner of what is now cardboard box-making giant Smurfit Kappa Group.

SIG said at the time that it had been trying to find a new owner for two years without success.

Behind the scenes, government agencies, local MPS and the council have been working for months to save the business and keep its 210 skilled staff in the region.

Unions said in March that the paper mill's closure would be “devastating” for the town and the eastern Bay of Plenty, where job opportunities for the mill's skilled staff were limited.

Whakatāne’s local economy was already hard hit by the effects of Covid-19 and the Whakaari eruption, and a mill closure would have a ripple effect on other parts of the industry and other businesses.

The mill's prospective closure comes at a sensitive time for the wood processing industry, as mills struggle with high power prices and to compete for logs at high export prices.

At the end of April, Forestry Minister Stuart Nash indicated he was beefing up the Government’s commitment to forestry by injecting $23 million left over from the One Million Trees campaign into a refreshed version of Forestry Service.

The service, now called Te Uru Rākau - Forestry New Zealand, will move from Wellington to Rotorua, where it will share a new timber-built building with forest research institute Scion.

“The name change is small but significant. It signals a more hands-on role for a public forestry service, with specialists and advisors working alongside the sector,” Nash said.

Nash said the body's focus would be on tree planting, wood processing and biofuels.

“Wood processing plants offer the opportunity to create high-tech, high-value products and by-products to diversify the income streams of foresters."