Comparing NZ weather to the world 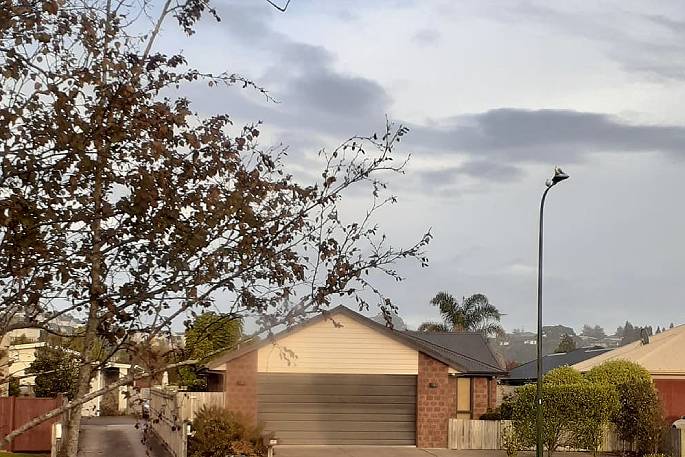 New Zealand's climate is often described as being in the

It's often said weather forecasters spend much of their lives looking up at the sky, but they spend even more time looking down at the sky from space, via their computers.

Whether looking at satellite imagery, Google Earth, or logging in to their internal weather dashboards, weather forecasters all over the world spend a great deal of time staring down over maps of planet earth.

“I have a huge interest in Geography, it's one of the reasons I love Microsoft Flight Simulator so much, as it combines real time weather with real world satellite maps of earth,” says WeatherWatch.co.nz head forecaster Philip Duncan.

“Something that has often surprised me while flying, is how many huge cities are located so much closer to the poles compared to NZ. In Southern Hemisphere terms, they would be located in the Southern Ocean area. Can you imagine the weather!?

“So following on from that, I've therefore been curious about where these other cities or well-known places on earth would be precisely located if they were in New Zealand, or the New Zealand area - in relation to the pole and equator.”

For Philip, this is a great way of gauging just how far north some northern Hemisphere locations are to the North Pole.

He says creating these maps also shows how Sydney and Brisbane and Cairns are further north of Cape Reinga (in case you didn't already know). 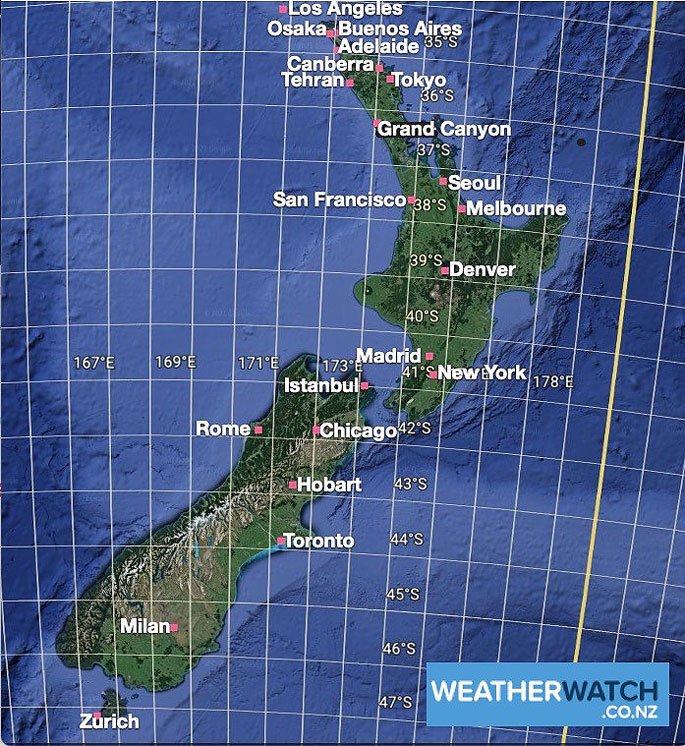 Well known international locations on a map of New Zealand.

“Using precise latitude co-ordinates I tried to accurately plot where these places would be in New Zealand, or in the New Zealand area. For Northern Hemisphere locations I simply flipped the latitude to "South".

“For weather, latitude is important as it decides where you are in comparison to the Equator (hot) and the Poles (cold).”

In fact it's the open waters of the Roaring Forties that allows storms and powerful westerly winds to spin around Antarctica and constantly blast parts of Australia, New Zealand and South America.

He says the Northern Hemisphere has far more landmass and this makes for hotter, drier, summers inland but far colder winters.

“The extra land also acts like speed bumps to low pressure systems trying to move around the north of the globe and can limit rainfall for inland areas.

“Here at WeatherWatch.co.nz, we describe New Zealand's climate as being in the "Goldilocks Belt" - ie, not too hot and not too cold. What's interesting to me is how the land in the Northern Hemisphere allows snow storms to hit places at latitudes where we'd rarely see snow in NZ.

Heavy snow fell to sea level as north as Wellington in the North Island and snowflakes were recorded settling in parts of Auckland city briefly.

Philip says it's the relatively warm waters surrounding NZ that regulates our snow storms compared to many Northern Hemisphere locations, and keeps our temperatures fairly moderate.

He says Osaka, Japan, has around 15 days a year with snow.

“On our map below, Osaka is located at the same latitude as the Far North of New Zealand where it never snows.

“Osaka is also on an island like New Zealand, but Osaka is very close to Siberia, Korea, and Mongolia which all have a huge influence on nearby Japan.

“Wet air around Japan (similar to wet air around NZ) collides with the extra cold air escaping places like Siberia and makes for heavy snow in Japan itself.”

Philip says NZ isn't influenced like this with no land south of NZ until Antarctica, although Aussie does sometimes give us heatwaves (our highest temperatures recorded are often with a nor'wester that comes out of the Australian desert and over New Zealand).

“So while we're in a similar position to Japan, despite being in different hemispheres, our weather is quite different.

“So next time you hear one of these international places on the news for weather, perhaps check in with these maps and wonder if that weather would be possible here in NZ at the same latitude.” 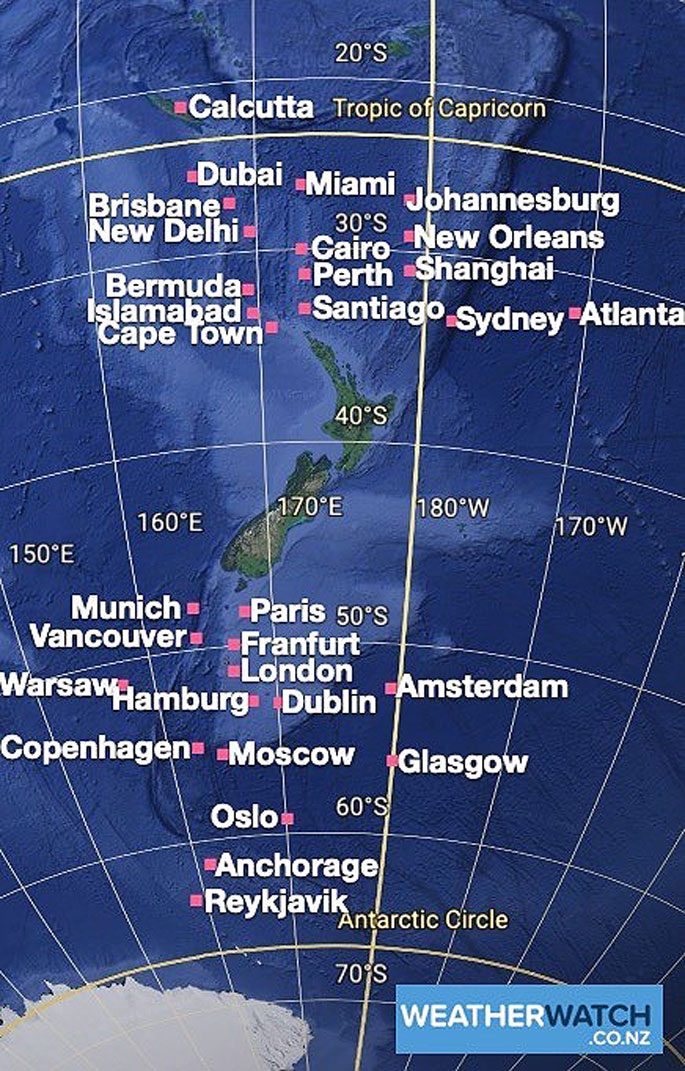 How close are you to the South Pole and Tropics compared to other well-known places?