Refuelling vessel to berth in Tauranga 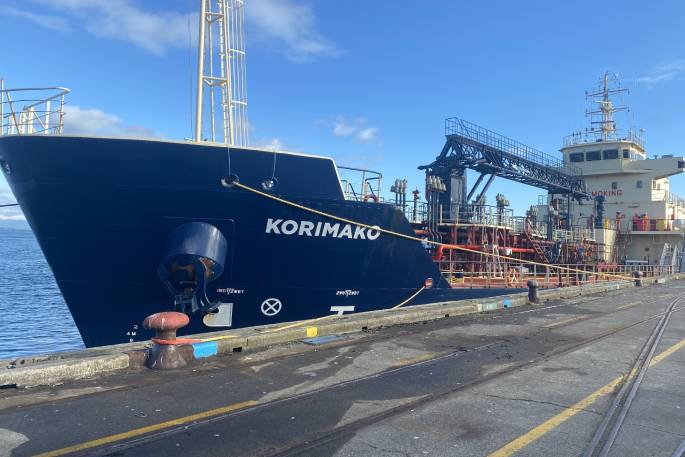 The MT Korimako will be berthed at the Port of Tauranga. Photo. Supplied.

Tauranga’s seaport is the new home of a ship-refuelling vessel that will play a significant role in refuelling large vessels operating in the Bay of Plenty region.

Arriving from Australia, where it has been in operation since it was commissioned, the Korimako, previously named the Anatoma, has been re-flagged to New Zealand, and commenced servicing vessels in Tauranga Moana last Wednesday.

Built in 2012 and operating since then without incident, the MT Korimako will be the only marine refuelling vessel operating in Aotearoa. It will be operated in Aotearoa by Mount Bunkering Limited, a division of the ASP Ships Group.

Mobil lead country manager Andrew McNaught says the company engaged the MT Korimako in Tauranga Moana to meet the needs of its customers, as well as improve Mobil’s marine refuelling capability and efficiency.

He says the vessel will bring additional capacity to the port, along with all the superior safety features that would be expected of such a state-of-the-art vessel.

“The MT Korimako will deliver noticeable improvements to the Port of Tauranga’s productivity by reducing waiting times for refuelling,” says Andrew.

“The ability to fuel vessels berthed at Sulphur Point as well as at the port’s land-based refuelling berths will also reduce port congestion, as vessels will no longer have to wait for berth space to become available in order to simply refuel. In addition, the MT Korimako means that ships can be refuelled while they are loading or unloading cargo, which will be particularly useful in periods of high demand.

“Port of Tauranga is one of Aotearoa’s largest, busiest and fastest growing ports, so it’s vital that we find ways to ensure efficient and safe ship refuelling operations here. In Mobil’s opinion, the presence of the new barge will have significant benefits to vessels entering Tauranga Moana by reducing congestion, and this benefits both the port and the community,” Andrew concludes.

The new service will offer two grades of IMO-compliant low-sulphur fuel to both international and domestic vessels berthed at Sulphur Point, helping to meet the requirements of Aotearoa’s obligations under the incoming International Maritime Organization marine fuels standards.