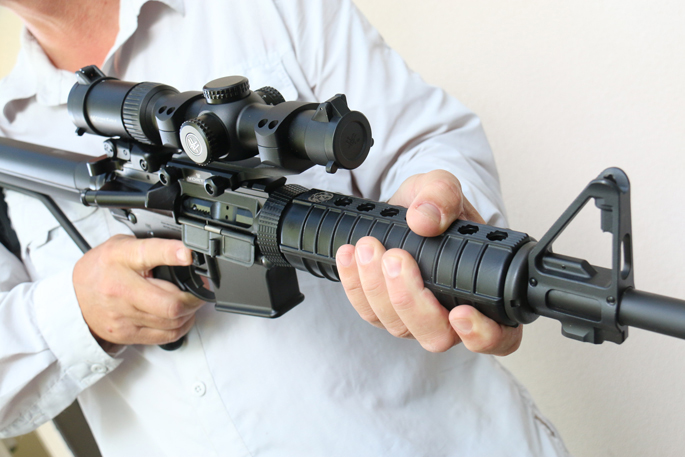 There are fears that proposed new gun laws aiming to curb gang violence will affect Māori with only loose connections to gangs.

Offences that could lead to a firearms prohibition order included participating in an organised crime group or gang, and serious firearms or violence offences.

The Green Party welcomed the legislation in general but warns police may seek bans for people that they simply consider gang associates.

Police Minister Poto Williams says she hadn't received advice on what a firearms prohibition order would specifically mean for Māori.

"We haven't had specific information with that regard. But what we're dealing with are the most serious offenders … who would do us harm," Williams says.

But a public consultation document says Māori would likely be over-represented in those subjected to firearms prohibition orders.

"This is particularly the case for Māori men as the majority of serious violence and/or firearms offences are committed by men.

"It is also likely to impact on Māori, particularly rural Māori, given the importance of whānau and the interconnectedness of people within te ao Māori," the document says.

Green Party MP Golriz Ghahraman says there was potential for innocent people with loose gang connections to be criminalised.

"What does it mean to be an associate of a gang, does it mean that your cousin might be known to be in a gang? We know that entire suburbs of South Auckland may be taken in by that, so we have a concern about that.

"The concern isn't based on the fact that we want more people to have guns, but we know that Māori and Pacific people are disproportionately impacted by the administration of justice in this country," Ghahraman says.

Many Māori would end up getting swept up in the law despite having legitimate uses for firearms, she says.

"We have people, for example, who may want to legitimately have a gun licence to work for the Department of Conservation, they may want to work on pest control on their farms.

"So we have all of these implications for these communities without clarity in the law," she says.

"We need to look at positive programmes and look at stopping that from happening, but also look at alternative plans for our whānau and stop the fishing expeditions that the police do with Māori," Waititi says.

The Māori Party was prepared to fight it, he says.

ACT firearms law reform spokesperson Nicole McKee says the law was long overdue, but some work still needed to be done to make sure the proposals would work well with other areas of law.

"We do have an issue with how wide it goes. We've got to make sure that there is some line when we have that freedom of association, but we also need to make sure we go hard after the gang," McKee says.

The Criminal Proceeds Act would also be amended alongside reforms to firearms prohibition orders.

It will introduce new powers enabling police to seize things like houses or cars of those associated with gangs when a person's legitimate income was deemed likely insufficient to have acquired those assets.

Both bills will be in front of the House before the end of the year.

This is what happens...

... when Laws are framed quickly in response to political pressure. Never thought it through or considered all of the Use Cases that apply. How can a Maori Minister require special treatment for "her" people and think that is OK? Can someone explain to me how "interconnectedness of people within te ao Māori," requires ownership of a gun? Gangs need to be de-weaponized. If gangs are mainly Maori (or any other Ethnicity) that doesn’t change the requirement. And any politician who lets their own bias affect their duties, doesn’t deserve to be in parliament.

Our people are above the law

Yet again one group is claiming that it is being discriminated against, this time for having to abide by a blanket law that that will apply to ALL Nzers, and ALL potential lawbreakers and those with criminal tendencies. "Do the crime, and do the time", or do they see themselves yet again as "special, privileged, above the law, and able to change the rules to suit their desires, any time that they wish" ?

If Maoris have the illegal weapons then they will be targeted. If they don’t they’ve got nothing to fear. There’s nothing racist about this policy.

Who are the Police finding with 99% of the illegal firearms being used for illegal purposes??

One Law For All.

Maori should not be afforded special privilege when it comes to the law. If they are over represented then they need to fall within the law and quit making excuses. This racial over representation crying is nothing more than excuses for law breakers. We are New Zealand - one law for all.

Hey, guess what?....perhaps if less Maori joined gangs there’d be less concern about their ’loose connections’ eh? For god’s sake, can we stop this pathetic stuff!!! :(

We trust that the new law will be acted upon fairly and equally for criminals of all ethnic groups. If maori are predominately showing up in that group then they should be treated accordingly. Or do maori want a lessor law to deal with their miscreants?? Perhaps they want to deal with their criminals themselves - on their maraes or in family groups conferences and the like?? Do the crime - do the time - regardless of race. One law for all!