Use of police dog following pursuit not justified 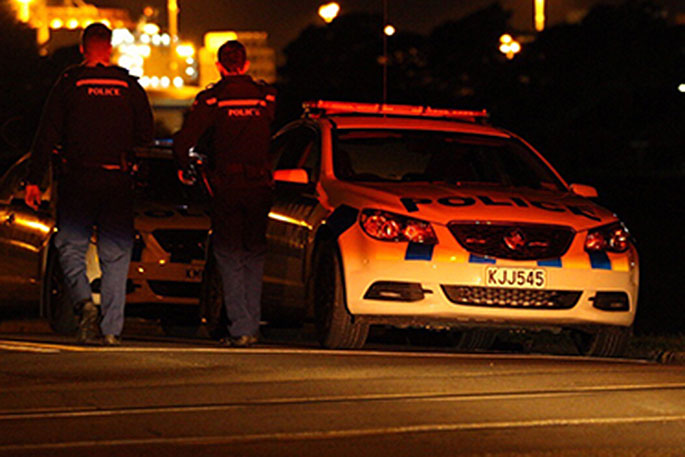 The Independent Police Conduct Authority has found the use of a police dog to bite a 14-year-old following a pursuit was not justified in the circumstances.

On October 8, 2019, the young person was staying at his friend's house in Cambridge.

His friend decided to take his mother's Volkswagen without her knowledge, says a statement from the IPCA.

At around 1.38am two officers, who had just attended a possible vehicle break-in, saw the young person driving the Volkswagen and thought he may have been involved.

They also thought he may have been driving a stolen car as he did not match the registered owner's description, says the IPCA.

They signalled the driver to stop and, when he did not, initiated a pursuit.

The pursuit lasted for 18 minutes, reached speeds of approximately 150km/h in a 100km/h zone, and travelled about 30 kilometres.

The pursuit ended when the young person drove down a dead-end driveway in a rural area south of Hamilton.

He and his friend, who was in the front passenger seat, fled on foot into surrounding farmland, says the IPCA’s report.

“Four other young people, who were in the back seat, were apprehended almost immediately.

“The pursuing officer and a dog handler chased the driver and passenger through some paddocks before the driver was apprehended by a police dog and bitten.

“He sustained a serious dog bite to his left calf.”

He was given medical assistance at the scene and at the station before being taken to Waikato Hospital for treatment.

The Authority also found the initial decision to signal the Volkswagen to stop was justified. Due to the interpretation of police policy at the time, the initiation of the pursuit was also justified.

However, insufficient consideration was given to abandoning the pursuit once the risks increased due to speed, the young person's manner of driving and the number of occupants in the vehicle.

Police were justified in arresting the young person, and the Authority did not accept his allegation that he was punched, sworn at, and laughed at during his arrest.

“The use of a police dog to bite the young person was not justified or necessary in the circumstances,” says authority chair Judge Colin Doherty.

“While there was no issue with police using the dog to track him, the offending that he had possibly been involved in was not at a level that warranted a police dog being deployed to bite him.”

Police have acknowledged the IPCA report and have conducted a full review into this incident, including a review of both the use of a police dog and the pursuit.

“Police have a range of tactical options available to them, including the use of dogs,” says Waikato District Commander Superintendent Bruce Bird.

“In this instance, staff were arresting an offender who had been involved in unlawfully taking a vehicle, fleeing from police and reckless driving.

“These are fast-moving and dynamic situations that require an ongoing risk assessment by the officers involved.

“In this case, police accept that the IPCA has found the use of a police dog was not appropriate in the circumstances.”

The wokesters have got their hooks in everywhere. What a sniveling little toad putting a complaint in. I bet he cried like a baby when he was in custody.

Way over the top PC. He ran and the Police Dog was deployed. You got bitten - tough bloody luck boy. I shed no tears for you what-so-ever. To Delta I say job well done.

Police and their dogs are a potent force for dissuading young criminals. If you don’t like the idea of possibly being bitten, then don’t go joyriding (or burglarizing etc.). Mostly, Police DON’T sic dogs onto people, but there are going to be cases where both the dog and the handler get swept up in the moment. I think it is foolish to make the dog and the cop the villains here. The Police deserve our support and they earn it by acting responsibly. In the vast majority of cases involving a police dog, NOBODY gets bitten. Had the young people not run, nobody would have been hurt. Their failure to stop the car could have had somebody killed. Far too many cases of people failing to stop. The outcomes are never good. We live on an island; there’s nowhere to run to, no county line to cross...

so a 14 year old driving a stolen vehicle at 150ks at 1.40 in the morning refusing to stop was not committing any crime, deserved all he got. can consider himself lucky thats all he got

another hard day on the beat

I think Judge Colin Doherty needs to spend some time in the car with police on situations like this. Maybe he could carry the cream cakes for the offenders to give out to them. After all he only stole his mothers car,not stopping for Police, not killing anyone at the speed he drove at and with a car full of mates who obviously didn’t matter to him about their lives and then ran off and a police dog bit him, Maybe just Maybe he will have learnt a hard lesson in life. And in other countries he would have been shot at by police and or mauled by the dog. Cream cakes to the Police please Judge Colin Doherty you got it WRONG.