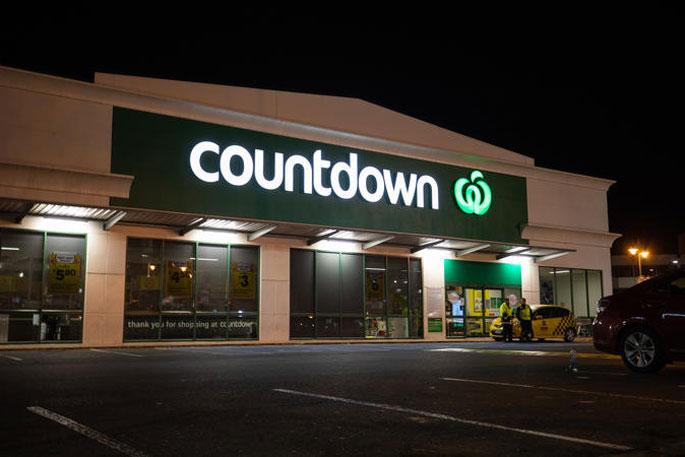 A man who was at the Countdown in Dunedin when four people were stabbed has described the incident as terrifying.

The attack happened at the Cumberland Street supermarket just before 2.30pm yesterday.

Three people were taken to hospital in a critical condition and underwent surgery, while a fourth person was in a serious condition.

The suspect received treatment in hospital and is under police guard.

Customers and staff in the store disarmed and detained the attacker before police arrived.

The person had a minor injury, and police expect he will appear in court today. 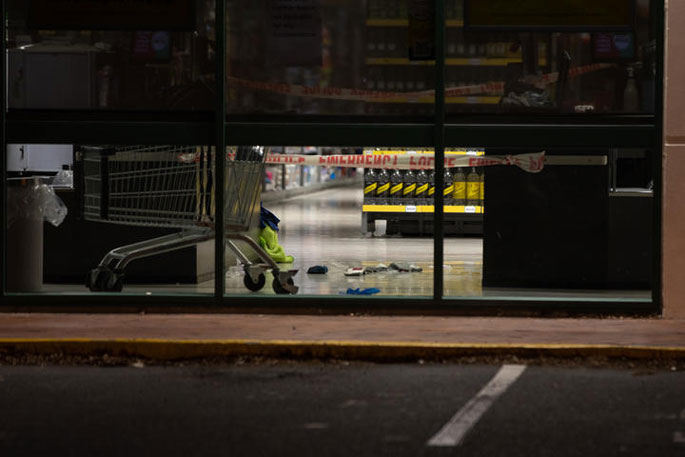 The supermarket will remain closed today as police continue with their investigation. Photo: RNZ / Nate McKinnon.

An eyewitness to the attack, who asked not to be named, says he can't not believe such a thing would happen in Dunedin.

"I heard screaming. At first I just ignored it, I thought it was just kids playing around," he says.

"Then I heard these shelves falling down. Then we saw this woman, she was walking. Blood, full of blood on her face. I think she was stabbed on her forehead or something," he says.

Not knowing what to do in the moment, he sheltered in a back room for safety.

"We wanted to help this woman who was bleeding, but at the same time we were really terrified and scared. And this man, I think he ran away and he stabbed another two or three people.

"Then I saw around five or six people on the floor, I saw just blood everywhere."

Police say the investigation is still in its early stages and they believe it was a random attack.

Forensic investigators will be back at the Cumberland Street supermarket and it will remain closed today.

People with information, including video footage, are encouraged to contact police on 105 and quote event number P046456846.

Police say they are continuing to make enquiries and would provide an update regarding the status of the victims and the investigation this morning.