Car engulfed in flames in Papamoa 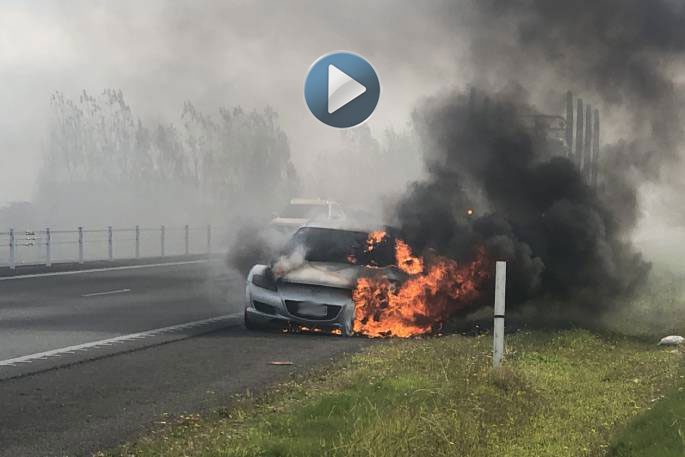 The car caught fire on the Eastern Link. Photo and video: Nikki Signal.

A car has caught fire on the Tauranga Eastern Link.

Fire crews were called to the blaze at 12.16pm.

A caller to the SunLive newsroom says the car is located just before the straight before the toll booth heading towards Whakatane.

The eye-witness says the driver of the car escaped before the car was engulfed in flames and was unharmed.

Fire have confirmed they are on the scene of the incident with the car located in the southbound lane.

A police spokesperson says police were also called to the fire.

"It was in the southbound lane of SH2/TEL, near Papamoa."