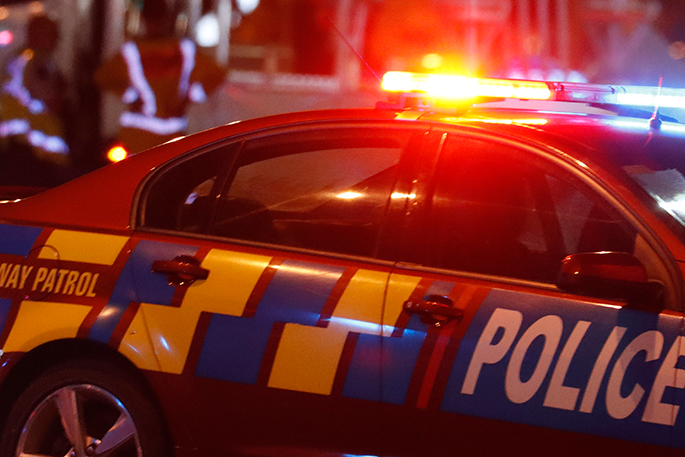 Police say any decision to flee can put the driver and passengers in the fleeing vehicle, public and police at risk of serious injury or death. File photo.

“We know that what we do, how we approach a potential fleeing driver event, has an influence on the behaviour of the driver, but now we have an insight into what else might motivate a driver to flee,” says Superintendent Steve Greally, road policing director.

“Thrill-seeking and related motivations were not identified as a primary motivator according to insights from the fleeing driver research reports.

“However, some fleeing drivers felt fleeing was worth the risk (compared to the punishment they faced for other offending) which is alarming to hear.”

Six research reports were commissioned by the Evidence-Based Policing Centre as a part of the recommendations from the Fleeing Driver Review report ‘Fleeing drivers in New Zealand – a collaborative review of events, practices and procedures’.

The reports are:  Improving the use of post-event interviews, Literature review of youth motivations, Relationships with other offending, Interventions, Media influences, and Individual factors.

Steve says each research report discusses the motivations of fleeing drivers within a focused theme and identifies findings that will help police better understand why drivers flee and identify potential prevention opportunities about how to respond.

“While police can’t control the behaviour of a fleeing driver, we can choose how we respond, and these insights will be used to inform our approach to fleeing driver events.”

The findings show that the quality of the interactions with police of both individuals, and their peers and family, strongly influence their perceptions, particularly where these were negative.

Any decision to flee can put the driver and passengers in the fleeing vehicle, public and police at risk of serious injury or death, says Steve.

“As a committed Road to Zero partner our dedicated road policing staff are out on our roads every day targeting and preventing unsafe behaviour to reduce the number of deaths and serious injuries on our roads.

“Any death or serious injury from a road crash is one too many, especially if it could have been prevented.”

The research programme was facilitated by an Advisory Group which included members from the Ministry of Justice, Oranga Tamariki, Department of Corrections, Office of the Children’s Commissioner, as well as the Chief Science Advisor (Justice) and experts in brain development and behavioural insights.

All reports can be found on the Police website - https://www.police.govt.nz/about-us/publication/fleeing-driver-research-reports.

As a very young child I was always taught that "A Policeman is your friend. If you get lost or are scared and alone, find a Policeman." As I grew up, I realized it is more complex than that and there are shades of grey. Nevertheless, in this country, most of us justifiably trust our Police. All over the world, I have ALWAYS pulled over and stopped ASAP when they put red and blues on me. Invariably, the Police have been polite and professional (except in Mexico and on the London North Circular, where a bribe was expected.) I have always remained calm and polite (they’ve got a bigger gang than I’ve got...) and the outcomes have been generally fair, with a percentage of warnings and "let offs". The report says that family attitudes towards police are a factor in fleeing. I believe it.