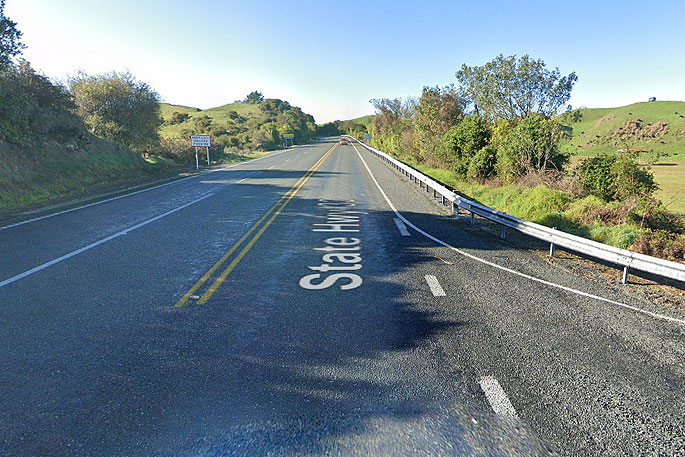 Concerns have been raised about the passing lane at the SH33/Taheke Road intersection. Image: Google Maps.

Passing on State Highway 33 is expected to become safer for all road users from next week, with a new slow vehicle bay replacing an existing passing lane just north of Okere Falls.

“Drivers regularly use the Taheke Road right turn bay as the start of the passing lane, which is unsafe and illegal. To make this stretch of road and the intersection safer, a new slow vehicle bay will replace the existing northbound passing lane on SH33,” says Jo.

During the engagement phase people made it clear the opportunity to pass slow moving traffic was still important, as this is the first northbound passing opportunity on SH33 after leaving Rotorua.

“Slow vehicle bays are like passing lanes, they help reduce driver frustration and unsafe passing manoeuvres by allowing slower vehicles to pull over to the left so other vehicles have the opportunity to pass.”

Changes to the road layout are expected to take place on Thursday, May 13, weather dependent. Drivers are encouraged to take extra care, reduce their speed and follow directions of the traffic management staff and signage. Minor delays can be expected.

Waka Kotahi says it is committed to Vision Zero, a vision for Aotearoa New Zealand where no one is killed or seriously injured on our roads.

This road was identified as a high-risk rural road, and the safety improvements are part of the Safe Network Programme.

The 34km long route is being completed in stages. The next stages, including the shared path between Mourea and Okere Falls, are due to start in the next month.

Plan ahead for a safe, enjoyable journey this summer. Keep up to date with:

How about: ’State Highway loses important passing Lane’. Once again NZTA seems hell bent on frustrating drivers by the thousands, this passing Lane’ is at the end of a long 60kmph zone, following a long 80kmph zone, the rest of the highway through to Paengaroa has very few opportunities to pass, so this is yet another retrograde step to freeing up our highways.