Singing group on the hunt for men 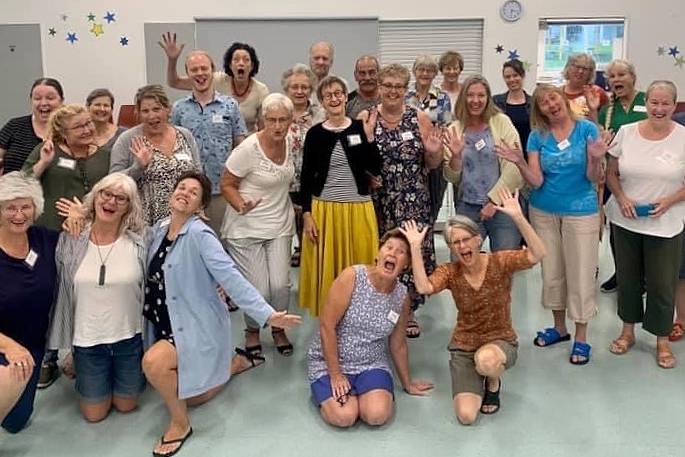 Where are all the men? That’s what Tauranga choir Everybody Sings is wondering.

The choir is looking for more male voices to join its numbers to fill out the sound in tenor and bass.

Everybody Sings has been running for about 18 months in Tauranga, rehearsing at Omanu School hall every Wednesday evening for two hours.

The new male singers won't be going it alone - the choir already has several male voices – but they’d like some help, director Rose Treadwell says.

“Currently we’re singing in three parts instead of four for most songs, and we need those lovely deeper voices to create the best sound. We have about 30 members of all ages singing and we have a lot of fun, learning singing technique and singing a wide variety of music.”

Everybody Sings is part of an Auckland-based choir group, with seven choirs operating in Auckland.

Tauranga is the first group to start up outside Auckland, and members recently travelled to Auckland to sing with all the other choirs, as well as taking part in a Sing For the City concert fundraiser for the City Mission before Christmas.

The choir sings everything from Zulu folk songs and gospel to modern music, unaccompanied. It's also easy to get involved.

No one needs to audition, and members come along for the joy of singing with others and to improve their own sound.

They will be performing in a concert with the Mount Eden choir in Tauranga in mid June – and they’d like to be able to sing “it’s raining men” before then.

Rehearsals for the new term begin on May 5 at Omanu School at 7.15pm to 9.15pm. The first night’s rehearsal is free and prospective members can contact Rose on rose@thechoir.co.nz