On the front line: the impact of suicide 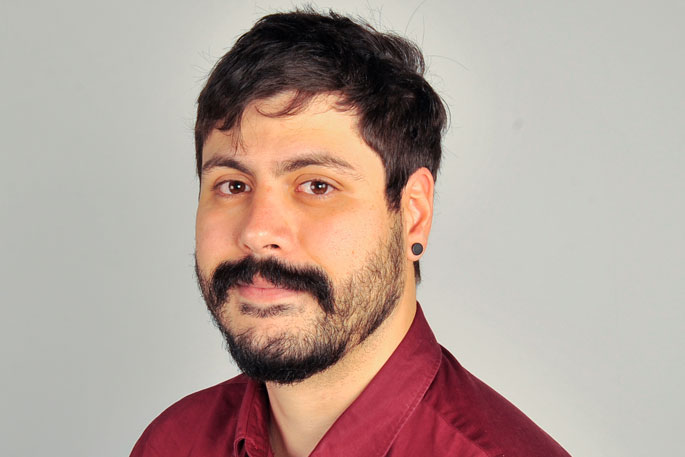 More research is urgently needed into the impact that attending suicide events is having on paramedics and other first responders, a researcher at the University of Otago, Wellington, says.

PhD student Renan Lyra, a psychologist by training, says a significant proportion of police officers, firefighters and paramedics will attend at least one suicide event in their careers, but there has been little research into the impact this has on their personal and professional lives and on their own suicide risk.

Renan has reviewed 25 research papers on the impact attending a suicide event has on those on the front line in countries including the US, the UK, Australia and in Europe.

His review, which has just been published in the international journal PLOS ONE, is understood to be the first to specifically look at the impact of work-related exposure to suicide among first responders and mental health professionals.

He found almost all the research papers published over the last 10 years were focused on the impact the suicide of a patient had on the psychologists, psychiatrists, social workers and nurses who worked with them, rather than on first responders.

Renan says attending the scene of a suspected suicide is one of the most critical and traumatic situations first responders are likely to encounter in the course of their work.

“For first responders, the emotional impact includes the high emotional labour they need to expend to manage their feelings, something which has been found to be associated with increased thoughts of suicide among firefighters.”

“Their professional reactions ranged from sadness at work and increased awareness of suicide risk to reduced professional confidence and fear of publicity and litigation. They were also more likely to refer patients on to psychiatrists.”

Only two of the 25 research papers Renan examined measured mental health outcomes in mental health professionals after a patient’s suicide, with burnout and PTSD reported as significant adverse outcomes.

Renan says exposure to suicide is a major risk factor for suicide, with mental health professionals and first responders themselves being at higher risk of suicide than the general population.

“One of the explanations for the higher rates of suicides among these professions is their higher levels of occupational-related psychological distress, and for first responders, work-related Post Traumatic Stress Disorder. One of the contributors to this may be their higher exposure to suicide.”

Renan says suicide is a major global health and social issue, with an estimated 800,000 people dying by suicide each year.

“The social and psychological costs of suicide are high. For every suicide, it has been estimated that between six and 20 people, usually family members and friends of those who died, are adversely affected psychologically and emotionally. This group is likely to include those who encounter suicide while on duty.”

Renana is planning further research on the impact of suicide on first responders.

If you are, or have been, a first responder and wish to enquire about participating in the research, email renan.lyra@postgrad.otago.ac.nz.