Investigation after woman falls through manhole 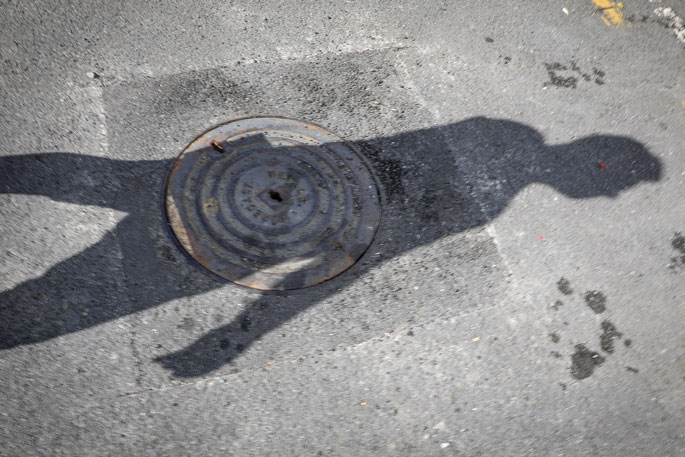 The council says it deeply regrets the incident and has apologised to the injured woman and her family. Photo / Andrew Warner / Rotorua Daily Post.

A Rotorua manhole cover that flipped - causing a woman to fall in and become stuck - was never inspected by the council.

The council says it deeply regrets the incident and has apologised to the injured lady and her family.

The accident caused the woman “multiple abrasions, contusions, two deep lacerations and a jarred hip and knee,” according to a Rotorua Lakes Council incident report.

She was taken to hospital where she was treated but not admitted.

According to the report, the accident happened on the morning of January 28 in a carpark behind businesses on Eruera Street.

The report found it was caused by damage and wear and tear of the manhole’s cast ring, which was split in two places.

The woman stepped on the manhole and it flipped. She became stuck in the frame with her legs in the hole and needed the help of emergency personnel to be removed.

The woman did not want to be identified or quoted for this story.

In a complaint to the council dated February 7, the woman’s daughter said the incident posed a “serious threat” to her mother’s health.

“The location of her injuries puts a significant strain on her.

“She is now resting at home suffering from ongoing pain, swelling, significant bruising and discomfort.”

The daughter said the injuries could lead to “serious complications down the line, which could be life-threatening”, such as sepsis.

“[Her] injuries were completely avoidable, and a direct result of negligence on behalf of the council’s contractors.”

Speaking to Local Democracy Reporting on Monday, the injured woman’s husband says she was in pain while stuck in the manhole, and is now afraid of stepping on manhole covers.

He says his wife still had some evidence of the injuries on her legs.

“It was a horrible accident.”

He's satisfied with the council’s initial response to the accident, which was to immediately fix the manhole.

However, he says the council “should have been responsible” for inspecting the manhole and maintaining it.

The incident report stated no inspections had ever been carried out on the manhole “due to InfraCore using an outdated asset inspection checklist that did not include this asset”.

InfraCore is a council-controlled organisation.

Ten days before the accident, workers contracted by a nearby building owner inspected the manhole in preparation for a service upgrade.

The manhole was lifted and workers “noted the manhole was rusty like others in town but did not report any damage to [the] council”, according to the council report.

“They securely replaced the cover before they left - it was not rocking or flipping and was very tight to put back on,” the report stated.

This was the last known access to the manhole before the accident.

The report noted saw cutting was later done near the manhole and there was a “swarm of shallow earthquakes” in Rotorua on January 25.

After the accident, firefighters covered the manhole with a pallet and some cones. The manhole lid and frame were replaced by council contractors by 4.30pm the same day.

The report found the manhole had “never been inspected” due to it not being listed on the outdated inspection checklist InfraCore was using.

“Had the asset been part of the annual condition assessment regime, the status of the manhole and the related risks would have been known, and the council would have organised repair of the manhole.”

The report also found the council’s health and safety team was not notified of the incident in a “timely manner”. It was not relayed until 12 days after the event, when the injured woman’s family contacted InfraCore.

“This meant that this serious incident could not be investigated in a timely manner.”

In response to the incident, the report recommended six corrective actions.

They included a reconciliation between outdated asset inspection checklists and new checklists, with inspections to be carried out on any missed asset and for the council to improve its education, auditing and monitoring of InfraCore.

It also recommended the council remind contractors to report unsafe or dangerous manholes or other assets and to ensure the council’s customer service team immediately shared relevant information with the health and safety team.

He says the council had apologised to the woman and her family, and informed them of the outcome of the council’s investigation.

He says the family had been reassured improvements had been made as a result of the accident to ensure the council reduced the risk of something similar happening again.

“Public safety is a priority and any incident like this is taken very seriously. Following immediate actions taken to replace the damaged manhole cover, an investigation was carried out into systems and processes relating to inspection of [the] council’s about 13,000 manhole covers.

He says the council was updating and improving asset records, processes and reporting systems to ensure damaged assets were promptly reported and repaired or replaced.

He says the incident would be noted on the council’s WorkSafe file.

“We will continue to monitor our systems and work with contractors and make improvements where necessary.”

InfraCore chief executive Matthew Scott was asked if he was confident there were no other manholes in the Rotorua district that had not been inspected.

In a written statement, Scott says InfraCore is committed to continuous improvement for all elements of its business, including public and employee safety.

“As such any events, including those without a clear cause, are taken very seriously.”

He says Infracore continued to work in partnership with the council “to ensure that all processes are robust”.

A WorkSafe spokeswoman says the council advised the agency of the incident, but it was not considered a notifiable event under the Health and Safety at Work Act.

“The matter is not under investigation and at this stage WorkSafe is not taking any further steps.”

So glad that wasn’t a little child that could’ve slipped right through and maybe even the lid flipping back sealing the hole again. It could’ve been disastrous. From what I read here the whole ordeal seems very downplayed.