Weather outlook for May 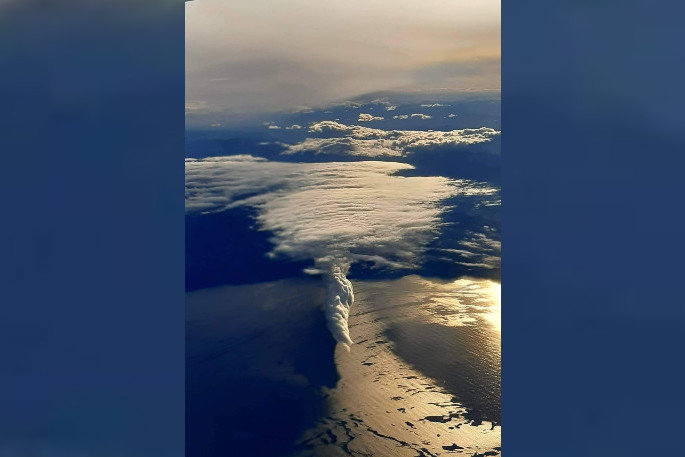 A cloud formation south of Kaikoura photographed on a flight from Tauranga to Christchurch. Photo: George Phillips.

The May outlook for New Zealand is looking quite dry, according to WeatherWatch.

“The forecast is looking dominated by powerful high pressure zones coming out of Australia, at least to begin with,” says a WeatherWatch spokesperson.

“This is now the third autumn in a row with below normal rainfall for a number of regions across New Zealand due to a significant uptick in high pressure.

“There is currently no solid scientific explanation for the increase in high pressure although WeatherWatch.co.nz has noted that lows circling Antarctica this year have been especially deep and stormy, perhaps indicating a drop in air pressure in the Southern Ocean area has helped lift the air pressure further north, as part of a natural balancing act.”

WeatherWatch say it's drier than average for the first two weeks of May, with the first several days especially dry.

“This is due to a strong high moving in and stalling in the eastern Tasman Sea/NZ area,” says a WeatherWatch spokesperson.

“While showers and some rain from the west are more likely as we go into the middle of the month the rainfall totals may still not be that great, especially for those regions in the east now in drought.”

WeatherWatch.co.nz forecast back in late December and early January that New Zealand was expected to be drier this year with an increased risk of drought, despite La Nina at the start of the year.

“We also advised Auckland Council publicly not to relax water restrictions with our forecast that Auckland's water storage dams would likely struggle to refill,” says a WeatherWatch spokesperson.

“So far WeatherWatch.co.nz has been the most accurate climate forecaster in New Zealand for the past twelve months, at a time when we'd preferred to have been wrong.

“The drier than usual pattern seems well established at the moment and for it to change (which is possible in a 'neutral' season - ie no La Nina or El Nino) it would take a big shift in the high pressure zones.

“They need to move north of New Zealand and they also need to significantly break up - more gaps of low pressure between the highs -  to allow more rain makers a better chance of moving in to New Zealand.”

WeatherWatch say that high pressure exiting Australia is the number one cause of the drier than usual weather over NZ in recent years.

“And this year the highs have broken up over Australia much more, allowing rain to fall there - but not much of it to reach New Zealand.”

The coming Grand Solar Minimum, is something that will have much more impact on the environment than anything we puny humans can do. It generated a lot of interest from all sides, so it’s time to delve deeper into what we can expect. Starting with the hype: During the last grand solar minimum (GSM), the Maunder Minimum of 1645 to 1715, glaciers advanced, rivers froze, sea ice expanded — in short, the Little Ice Age. Is another one is almost upon us? https://ysb.co.nz/the-coming-modern-grand-solar-minimum/