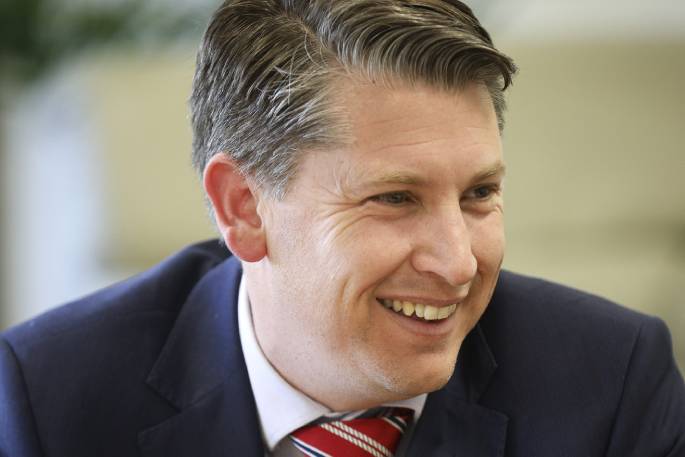 It’s time to pump the brakes around schools according to the Government, with the announcement of a proposal to drop speed limits outside schools across the country.

The proposed changes - released to the public on Saturday morning - come as part of a draft Setting of Speed Limits Rule, which Transport Minister Michael Wood says would mean 30 km/h speed zones outside urban schools, and a maximum of 60 km/h outside rural schools.

Urban schools could have a maximum speed limit of 40 km/h “where appropriate”, he says.

Now, Wood is saying he has heard from teachers, parents, local councils and other MPs asking for safer speeds outside schools, and he believed these changes would make school streets safer.

“Everyone would like for our kids to feel safe while walking and cycling on our streets.

“Safer speeds around schools will help make walking and cycling to and from school a real option for more of our tamariki.”

The rule change consultation document said current speed limits outside most urban schools did not make walking, cycling or scooting appealing modes of transport for children or parents.

Wood says the Government wants the new school speed limits at the most dangerous spots implemented quickly, so had proposed 40 per cent of changes were finished by mid-2024, and the remainder by 2030.

“There’s flexibility in these proposals and the lower new limits could only apply during school travel periods using variable speed limit signs, depending on what works best for local schools and communities.”

Wood says the proposed changes were aimed at improving the planning and implementation of speed limit changes.

“Local communities know their streets best and right now it’s not easy for them to set appropriate speed limits.”

Speed limit changes were made through local bylaws or a gazetting process, which Wood says is “time-consuming and complicated”.

Under the changes, Waka Kotahi New Zealand Transport Agency and regions will be required to produce speed management plans which set out all proposed changes, including the placement of safety cameras on high-risk routes and infrastructure upgrades over a 10-year period.

“The proposed rule changes will bring together infrastructure investment decision-making with speed management planning and the placement of safety cameras on the highest risk routes.”

Plans will then be updated and consulted on every three years, giving communities the opportunity to have an ongoing say into what works best for their streets, Wood says.

In December last year, a rural Rotorua school principal said he believed it will take a child's death for a speed limit reduction outside his school, which has a speed limit of 70 km/h.

In response to Whalley in December, Rotorua Lakes Council said it was in the process of reviewing speed zones outside schools in the district.

Consultation on the council’s Rotorua Speed Limit Review 2021 closed on Wednesday this week, and will likely return to the council to decide upon later this year.

Following public consultation, the Setting of Speed Limits Rule will be finalised and is expected to be in place by the end of 2021.

Public feedback on the proposed rule will be open until June 25, 2021, and can be accessed at the NZTA website.