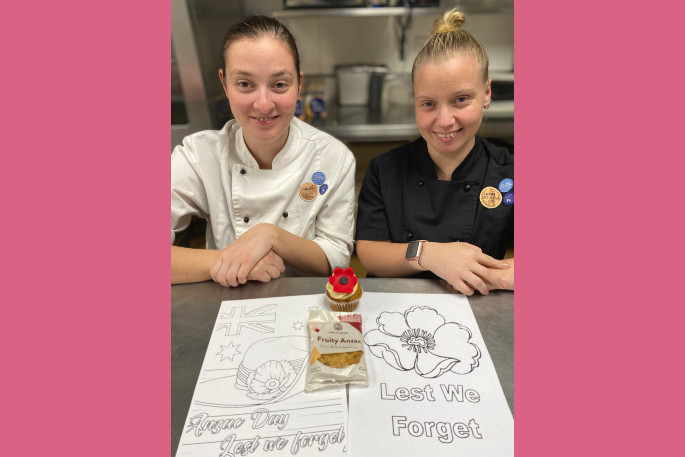 In other years they would have taken part on public events and services to commemorate and honour those who have come before them. This year they will be on duty at the 32 MIQ facilities across New Zealand.

Returnees and staff at the Jet Park Hotel in Hamilton will be treated to a special Anzac Day this year. 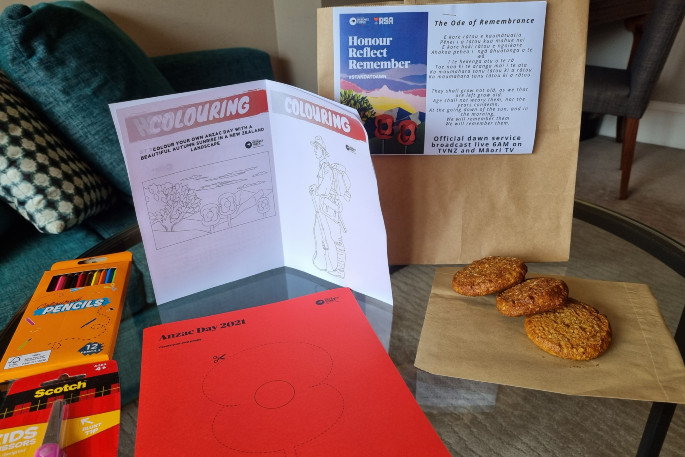 An Anzac pack at the Pullman. Photo: Supplied.

The hotel kitchen is preparing its famous Belgian Hot Chocolate and Anzac Biscuits for the 33 returnees who will be isolating at the Jet Park Hamilton on Anzac Day. Jet Park Hamilton Hotel Manager David Iatu is also expecting a supply of poppies from the local RSA and art activities from MIQ headquarters. Staff on duty will have a special lunch and dinner on the day.

Robert, the hotel’s groundsman, has been playing the trumpet since he was 12 years old. He stopped playing when he was at university and has been working at the hotel for a few years, long before it became a managed isolation facility. 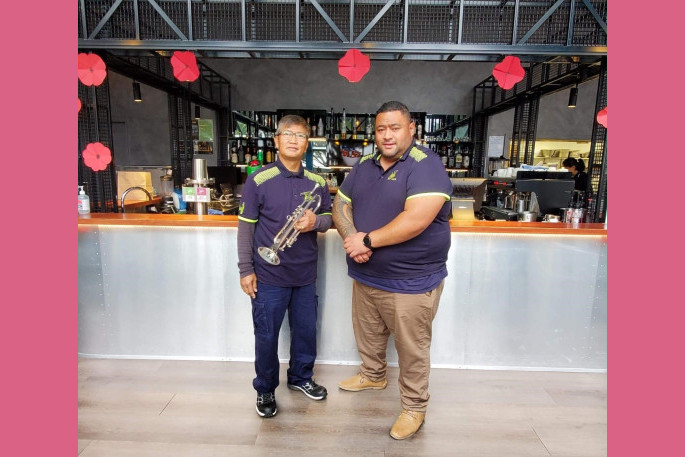 “Robert took up the trumpet again a few months ago and so we had the idea for him to practice the Last Post for Anzac Day. He’s been practicing for six weeks now,” says David.

At any one time, over 1000 NZDF personnel work at MIQ facilities, providing security and operational support and leadership.

“We could not have MIQ without our committed and skilled Defence Force members,” says joint Head of Managed Isolation and Quarantine, Megan Main.

“On this day, we stand with our Defence Force.” 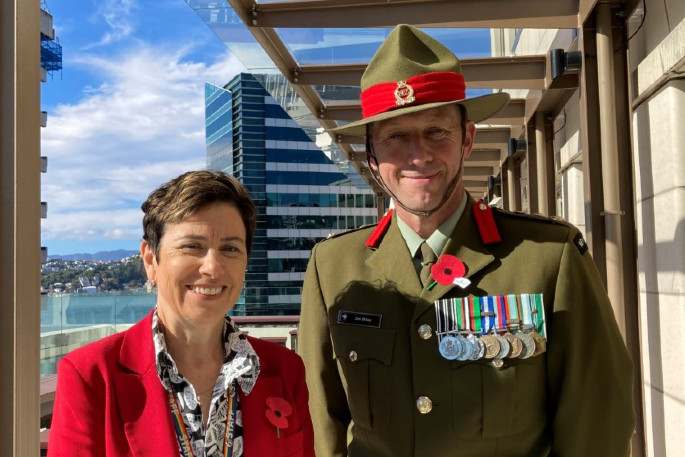 “We are also keen to acknowledge the contribution of our other workers and returnees to our collective effort against COVID-19 alongside the New Zealand Defence Force,” says joint Head of Managed Isolation and Quarantine Brigadier Jim Bliss.

“Our nurses, security personnel, hotel workers, hotel managers, caterers, printers, MBIE staff, cleaners, maintenance staff, bus drivers, baggage handlers and everyone working at MIQ, and the over 132,000 returnees who have passed through MIQ in the last year – they have all made sacrifices to protect New Zealanders against COVID-19.

“Our joint efforts have largely kept COVID-19 out of New Zealand and saved many lives." 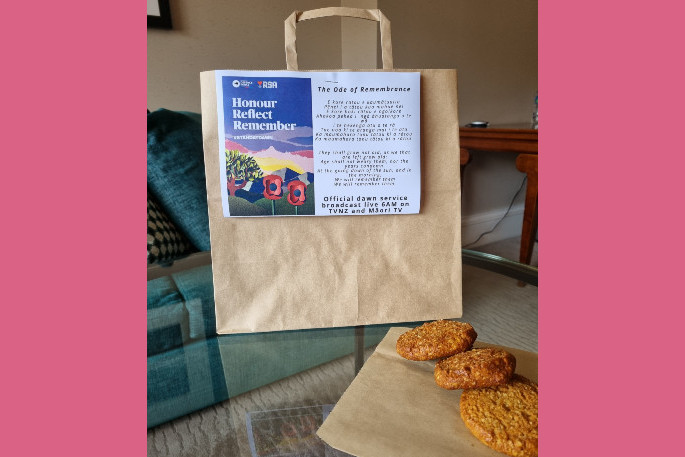 “We are working hard to make sure that Defence Force personnel at MIQ, especially those who are on duty on Anzac Day, are recognised and everyone gets to participate,” says Brigadier Jim Bliss.

“Everything at MIQ has to comply with our strict infection prevention measures and our Alert Level 4 environment, so this adds another difficulty, however, some MIQ personnel have organised safe small-scale Anzac Day ceremonies. 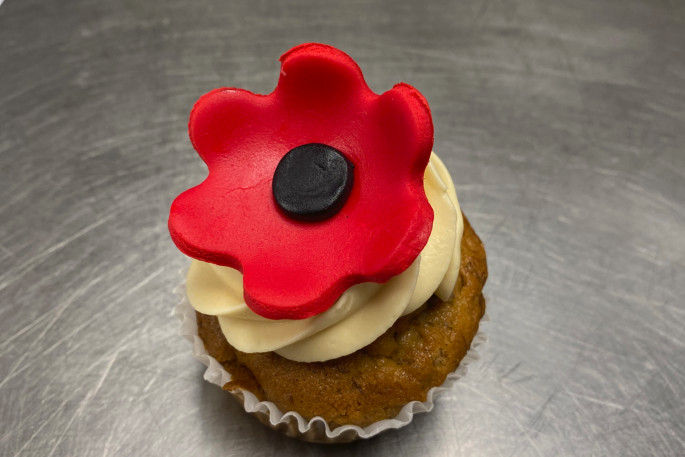