Vaccination plan is mostly on track 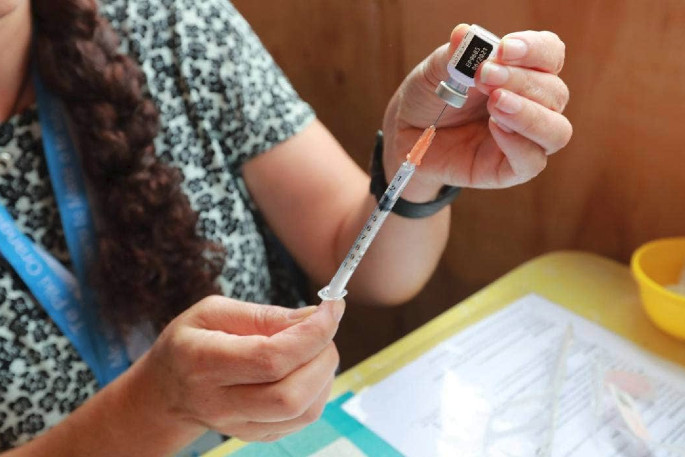 Just over 200,000 Covid-19 vaccines have been given as New Zealand continues its roll-out. Photo: Scott Hammond/Stuff.

Covid-19 health board workers are hitting a national vaccination target despite variation across different regions, including a significant lag in Northland which is behind by 3000 doses.

Covid-19 Response Minister Chris Hipkins said on Friday more than 200,000 doses had been administered in total, with 9200 on Thursday.

The ministry this week published details of progress in the roll-out against planned targets for each health board area.

Figures released on Wednesday for the week ending April 18 showed Auckland’s three health boards –Auckland, Waitemata and Counties Manukau – had just missed their combined target of 16,900 for the week by 476 doses.

Northland District Health Board was unable to provide an explanation in time for publication.

Southland and Canterbury made huge gains, ahead of their weekly target by 3239 and 999 doses respectively.

Information provided by the ministry does not include which priority groups were being vaccinated in each area.

Under the national plan, vaccinations for group one – managed isolation and quarantine (MIQ) and border workers and their household contacts – started in February.

Group two, involving frontline healthcare workers, started receiving vaccinations in March while group three, those at risk of getting very sick from Covid, began their inoculations in April.

Roll-out to group four, the general population, starts in July.

Last week Canterbury health board chief executive Peter Bramley said the region was behind on the Ministry of Health’s roll-out time frame but had developed a plan to ensure it met a target of 95,000 doses by the end of June.

The health board started vaccinating frontline health workers in April, a month behind the ministry’s goal, in addition to MIQ and border workers and their household contacts.

“We expect to begin vaccinating people in group three – those at risk of getting very sick from Covid-19 – by early June at the latest,” executive lead for Covid-19 Ralph La Salle said.

A surplus supply of about 1400 vaccine doses on April 10-11 was a “contributing factor” in the CDHB’s success in meeting its plan this week, he added.

The opening of another vaccine clinic, at a general practice, had helped to increase the number of daily vaccinations given and exceed the region’s target.

I cannot see Labour opening the border and closing MIQs ever. So there seems no need to get an unproven vaccine, for a cold virus that will never get in.