A return to tradition for Anzac Day 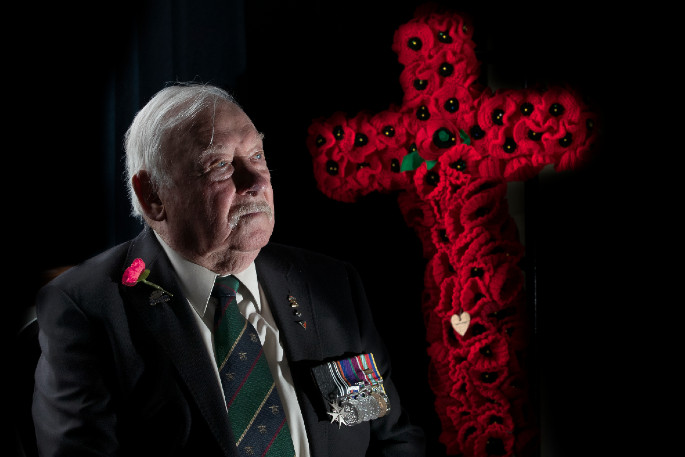 This year, as the sun rises over Tauranga on Anzac Day, thousands of people will gather again and 'The Last Post' will ring out to remember those we lost and honour all who served.

Last year’s lack of Anzac Day services will seem like a distant memory rather than a halt in a century long tradition.

Anzac services in 2020 were cancelled because of the Level 4 lockdown that occurred from Covid-19 reaching our shores. Instead of meeting en masse people were encouraged to Stand At Dawn at their letterboxes or in their home to observe the day.

Veterans and RSA members from across the city are looking forward to resuming tradition on Sunday.

Mount Maunganui RSA support manager Peter Moss says it’s amazing to be able to hold services this year but last year was amazing in its own way.

“I think a lot of people enjoyed standing at their letter boxes, I know I did. I think it was a special way and made it a really special day last year, but it's better this year that we can get together and commemorate what was an incredibly awful event.”

Tauranga RSA president Fred Milligan says there is no doubt that people are glad services are going ahead but he is unsure what the turn out will be, with some people, especially elderly, still cautious of large gatherings.

He hasn’t heard of any veterans not wanting to attend services but says over the last 12 months some members have “gone to ground”.

Normally around 1500 people attend the Tauranga dawn service and Fred says it’s a best guess how big this year’s crowd will be.

Peter says some people might be wary to attend the Mount Maunganui dawn service but it normally attracts a crowd of 10,000 to 15,000 and he thinks it’ll be pretty busy.

“Being able to watch the fly over, the planes coming from out at sea and seeing the lights and the whole event on the cusp of dawn is pretty amazing, there's really nothing quite like it.”

He knows the usual veterans including those from WWII will attend the Mount services.

Both Fred and Peter are pleased younger generations are getting involved in the services and are aware of the history.

Students from Tauranga Boys’ and Tauranga Girls’ College, Mount Maunganui College and Papamoa College will speak at their respective services.
“The younger generations are taking it all on board and I think that's great, because that's where the strength is going to come from in the future,” says Fred.

Peter says Anzac Day at the RSA is a great opportunity to catch up with people, especially the WWII veterans, who they don’t see a lot of during the year.

“On Anzac day, it's just an amazing atmosphere when they come back and have breakfast and get together as old comrades. It's nice to see all the uniforms around too.”

5.45am to 7am, Mount Maunganui Cenotaph, Marine Parade (opposite Mount Drury)

5.30am, Tutereinga Marae, 89 Tanhitu Rd, Te Puna
Parade assemble outside the Marae entrance at 5.30am.

9.15am – 10.30am at Mount Maunganui Cenotaph, Marine Parade (opposite Mount Drury)

The Lion and Tusk Museum Service

Road closures, and a detour, will be in place from Talisman Hotel to the Katikati War Memorial Hall between 5am-7am.