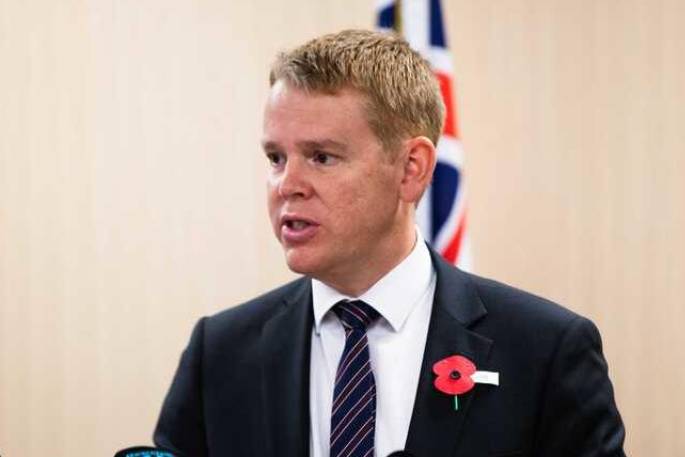 The New Zealand government is introducing a new category of a "very high risk country" - including India, Brazil, Pakistan and Papua New Guinea - to further bolster the country's defence against Covid-19.

Countries will be initially designated 'very high risk' when there have been more than 50 cases of Covid-19 per 1000 arrivals to New Zealand from those countries in 2021, and where there are more than 15 travellers on average per month.

Only New Zealand citizens and their immediate family will be able to travel to New Zealand from these countries.

Covid-19 Response Minister Chris Hipkins says that any case at the border creates additional pressure on our border and managed isolation facilities.

The accumulative risk to New Zealand from travellers from India has been looked at, says Hipkins.

"From India alone, this is expected to reduce the number of potential positive cases coming to New Zealand by an estimated 75 percent.

"We are talking about hundreds of people who could be affected by this."

He says the new category was "not an easy decision" and will be continuously reviewed.

Most managed isolation facilities will be moved to a group intake system, Hipkins says. This will see a MIQ facility starting empty, and then over 96 hours plane loads of people are transported to the hotel and once it's full - or after the 96 hours - the facility is locked down for two weeks.

The Pullman hotel will be the first hotel to receive cohorted arrivals, starting tomorrow.

Hipkins says more rooms in MIQ will remain empty because of the new cohort system.

"This is done purely based on a risk assessment.

"We've applied a formula," Hipkins says, adding that this was not a discriminatory measure.

The first assessment of high risk countries will take place within the next two weeks, Hipkins says.

The number of cases that have made it out of the border was very small, Hipkins says. But when there was more positive cases in MIQ this increased the risk.

Flights from India have been suspended for almost two weeks and Hipkins had previously expressed a reluctance to extend the temporary ban beyond its expiry next week.

A two week ban on all travellers arriving from India began on 11 April after a surge in Covid-19 cases being reported at the New Zealand border, from people who had been in India.

This was despite pre-flight testing showing the travellers did not have the virus 72 hours before leaving.

India has now recorded the highest one-day tally of new Covid-19 cases anywhere in the world - and the country's highest number of deaths over 24 hours.

I share your concerns, but I think this is a good move in the right direction. We could be in full lockdown within 2 months anyway, due to the arguably premature "bubble" with Oz. If anything, I’d make the criteria even more stringent so that more countries were on the list...

SORRY, but it's simple!!

SHUT the boarder to these PROBLEM COUNTRIES!! And the fact that the so called "we want to return home" travellers are citizens DOES NOT COUNT - YOU ARE A BIG RISK to New Zealand and you stay where you are! WATCH THE SPACE - NEW ZEALAND will be in FULL LOCK DOWN within two months !!! OH and the last question MUST be how many of these so called New Zealand citizens are carrying a SECOND passport for the country that they claim to be "stranded" in ??? !!