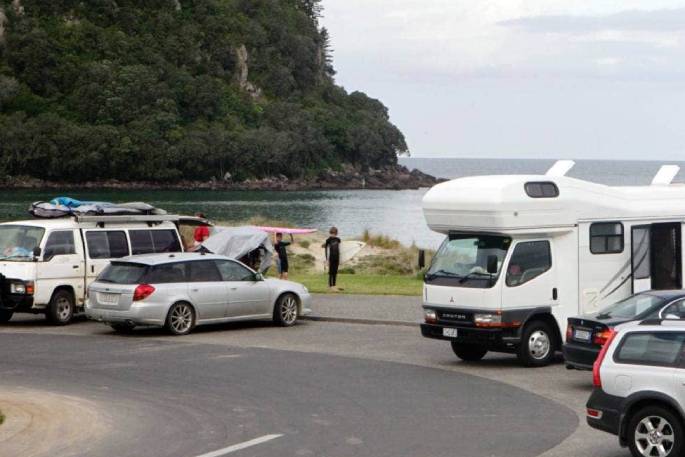 Waking up to pristine beach-front views outside a motorhome window is a privilege that many Thames-Coromandal ratepayers feel should come at a cost.

As New Zealand widens its bubble to Australia, residents of some of New Zealand’s busiest freedom camping destinations are pushing back against their council’s policy review, fed up with the “diabolical behaviour” of freedom campers on their coast.

While some submitters to Thames-Coromandel District Council supported freedom campers, the majority were against attracting more - with some even arguing it should be banned.

However, the New Zealand Motor Caravan Association warns the council against making “major changes” to its bylaw without further consultation.

Submitters were asked if they agreed or disagreed with the proposed changes and to make mention of any other sites, not listed, that they wanted to see changed.

Against the idea of council adding more car parks near Paku Drive, he says freedom campers cite their entitlement to freedom, but “really it’s only free because ratepayers fund them”.

The assumption that they bring benefits to the district economy is false, because the very reason that they are camping shows “they do not want to spend, they want a free stay”.

While Tapu Camp owner Bruce Efford isn’t against freedom camping, he says the number of freedom camping sites in his area is driving down business and ruining prime locations in the area.

With his business less than 1km from the freedom camping site, he says he's forced to reduce his charges to $10 a night, but many campers are still not interested.

He says ratepayers often had to watch the “campers do their business” outside their window rather than the view they pay for.

He says freedom camping sites shouldn’t be 2-3km away from a holiday park.

Daniel Barne, from Ōpoutere, says with the current reduction in overseas freedom campers, there is a “window of opportunity to eliminate this problem”.

Whangamatā local Wayne Hutt says he doesn’t believe it’s up to the council to give freedom campers “the best spot in town”.

“We’ve got ratepayers who pay $25,000 in rates to be on the beachfront and these guys get given a free run,” Hutt says.

Of their members, around 2000 regularly camped in their “own backyard”, meaning they do pay rates for the facilities they use.

The only concern the members had was council’s plan to remove the only designated spot at Buffalo Beach.

He asks that if there is any point where the council is considering amending the bylaw further than what had been discussed - such as adding more restricted areas - that the council “carefully” consider whether those proposals should be consulted on before decisions are made.

“We’ve had other issues where local councils have made some major changes to their original proposal ... and we've decided to take one of those local councils to court because we don’t feel they’ve followed the process properly. We felt they had a duty to engage and consult the public again.”

Marlborough put an end to freedom camping at eight council sites and ruled visiting vehicles must be self-contained. The national caravan group found those actions “disproportionate and unreasonable”.

It asked the High Court to review the Marlborough District Council's new freedom camping bylaw for two sites. The association is challenging similar rules in the Queenstown-Lakes district.

This warning isn’t far from something Thames-Coromandel District Council has dealt with before. In 2014 it had to re-write its freedom camping bylaw, after a High Court judge found it to be illegal and contradictive of itself, siding with the association.