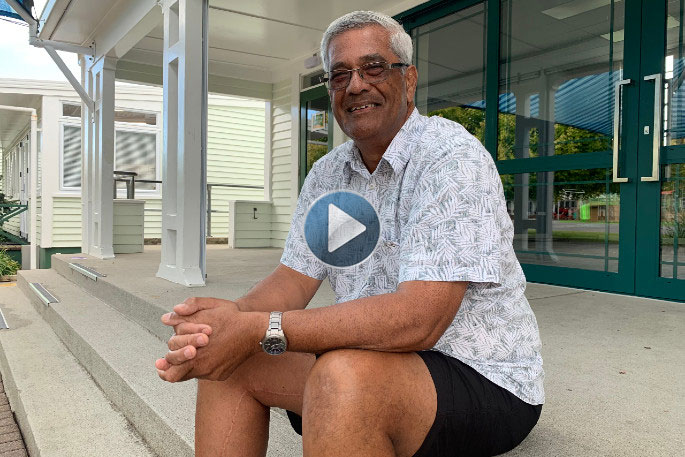 After being Bethlehem School’s principal for almost three decades, Brian Field is retiring.

It’s been a week full of ‘lasts’ for Bethlehem School principal Brian Field, as he wraps up his final week after 26 years as principal of the school.

Since 1995, Brian has seen the school develop and change from an establishment with six teachers and 120 kids, to a team of 23 teachers and more than 500 students.

The sheer sense of community is what Brian will miss the most about Bethlehem School, as well as the longstanding teachers that have worked alongside him for many years, if not all of his time there.

During the annual cow dump gala that is held for the school, Brian says many past pupils come up to him, telling him what they’ve been up to in the years since leaving the school.

“It’s a wonderful day for me, and a highlight, as they come back at different times in their life,” says Brian.

The sense of community is illustrated in not only the pupils, but also the staff that Brian has worked with over the years.

“One of the things I will remember about this school is the strong links between staff. Most of the staff have had kids come through here,” says Brian.

Dean Rewiti, who Brian says was the heart and soul of the school, began as a student.

Dean worked at the school for more than 50 years, her children attended Bethlehem school, and now, her great grandchildren also attend.

Dean, who is now 95 years old, still has a lot to do with Bethlehem School.

“I actually just had morning tea with her, she is a link to a lot of the school’s history,” says Brian.

Brian believes that the community aspect of the school, and the long-standing teachers “creates a structure of knowledge; how the school operates and what’s important to the school”.

The wider community also keeps involved with the goings on at Bethlehem School. A working bee was held to build the school swimming pool changing rooms from scratch.

“The community really takes ownership of the school,” says Brian.

This ownership and community engagement also reflects an issue Brian faced during his earlier years regarding tagging on the property.

“The tagging has now completely disappeared, it’s almost like there’s a tapu on it.”

As holding the title as one of the oldest schools in the Bay of Plenty, Bethlehem School originally opened its doors as Paeroa Native School in 1883.

It then became Bethlehem Maori School in 1945 and in the 1960s, was changed to Bethlehem School.

Since then, there has been many changes to the physical structure of the school.

“You can walk around the grounds and see how the buildings have grown to cater for the growing number of students.

“It’s a school where you can see the changes in time and age,” says Brian.

After 32 years in principalship, and a lot less being a teacher, Brian has been trying to get into the classroom as much as possible this past year.

“I would much rather be in a classroom with the kids then in an office in front of a computer,” he says.

However, over the years, the rise in technology has started to become a reason why Brian has chosen to step down from his role.

“It’s time for new blood to come in.”

My daughter attended the school and Brian was very impressive with his ability to know every parent and child keeping the community spirit alive.

Recently immigrated to Aussie, so thankyou for the live stream!! Can’t beat the Kiwiana unique style that we have... kapai tamariki ma ... Reti hari Matua Brian