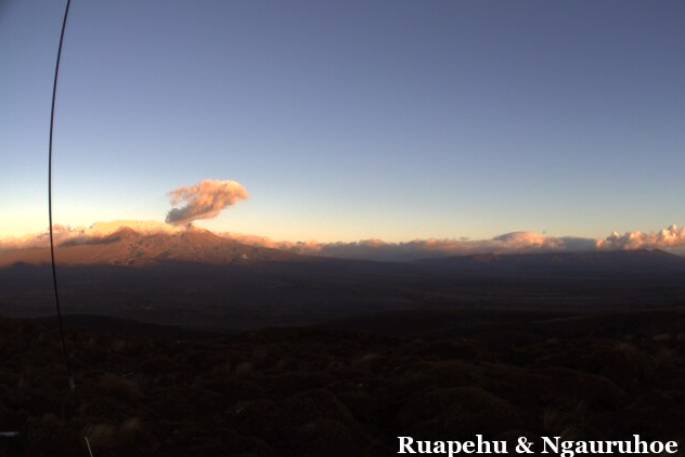 Following the period of heightened activity in December 2020, volcanic activity at Mt Ruapehu has since remained at a low level over the last three months.

After a temporary cooling period, the Crater Lake (Te Wai ā-moe) temperature is now back to around 40 degrees.

The Volcanic Alert Level at Mt Ruapehu remains at level one, reports GeoNet.

This unrest declined in January and the Volcanic Alert Level was lowered to level one on the 11th of January 2021.

“The results from these visits and our continuous monitoring of volcanic earthquake activity, tremor levels and Crater Lake temperature and level indicate that key perimeters remain within normal ranges.

“The Crater Lake temperature was over 43 degrees in early January, then cooled to 26 degrees on the 15th of February. It has now reheated to 40 degrees.

“To maintain the lake water temperature at around 40 degrees, our modelling indicates that 400 MW (megawatt) of heat is still entering the lake,” says Yannik.

All these observations suggest that volcanic activity remains low at Mt Ruapehu.

The Volcanic Alert Level remains at level one which reflects the current level of volcanic unrest.

Mt Ruapehu is an active volcano and has the potential to erupt with little or no warning when in a state of volcanic unrest.

While Volcanic Alert Level one is mostly associated with environmental hazards, eruptions can still occur with little or no warning.