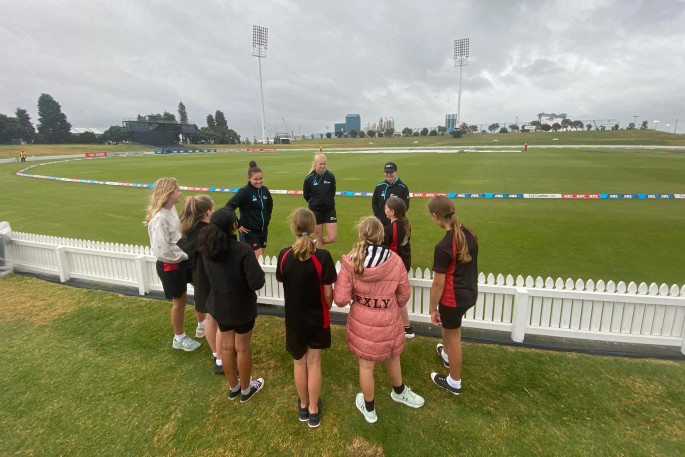 Waiting for the rain to stop, at Bay Oval this afternoon. Photo: White Ferns Twitter.

Rain is delaying the start of international cricket at Mount Maunganui this afternoon.

The White Ferns are due to play Australia today in the third ODI of the Rose Bowl series at Mount Maunganui’s Bay Oval.

The match, set to start at 2pm, has been delayed.

"Rain is still around and covers on at Bay Oval," says a White Ferns spokesperson on a Twitter post.

The writer goes on to say that 6.38pm is the latest possible start time for a 20 over match in the Bay of Plenty.

The White Ferns have been on the receiving end of two defeats in Mount Maunganui so far as their Trans-Tasman rivals secured the Rose Bowl this week.

Australia also secured the world record for an international cricket winning streak of 22 in the first ODI, extending that record to 23 with the series win on Wednesday night.

you will never be able to shut them up now. especially with a whitewash