66 years of Kawerau‘s King of the Mountain race 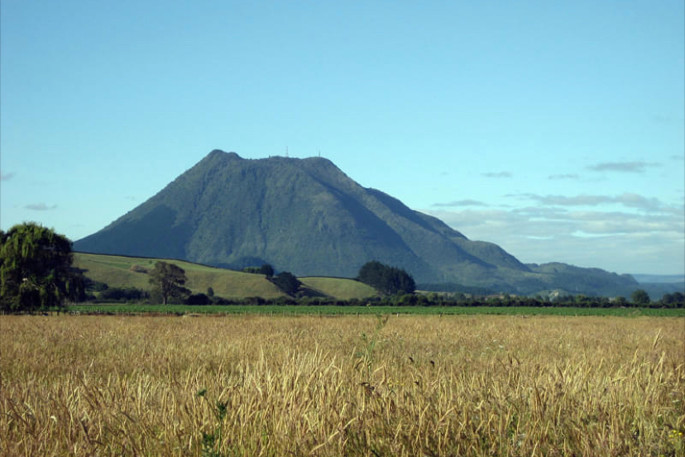 Putauaki - Mount Edgecumbe, three kilometres east of Kawerau is the location for an annual race that started in 1955. Photo: Supplied.

There are only three weeks to go before entries open for this year’s 66th Kawerau King of the Mountain event.

The Kawerau King of the Mountain is not for the faint-hearted. This is a gruelling 8km race to the summit of Putauaki - 852 metres above sea level and some athletes will complete this within an unbelievable 60 minutes.

The annual event started in 1955, with some outstanding race records set.

Race day this year is Saturday October 30.  The day starts with school relays at 8.30am, followed by the Putauaki Prince and Princess of the Mountain at 11am, with the Kawerau King of the Mountain Race started at 12pm. Prize giving follows at 4pm.

Entries for the King and Queen of the Mountain is limited to 200 competitors with minimum age of 14 on race day. On the day entries will be accepted if spaces are still available.

The Putauaki Prince and Princess of the Mountain races are also limited to 200 competitors, aged from nine – 13 years on race day. No entries will be taken on the day. A training session for the Prince and Princess race will be held on Wednesday September 15 at Firmin Field.

Entries for the races open on May 1, and close at midnight on October 27.

The race is rigorous, with four drink stations in place as there is limited water available on the mountain. Two stations are on the way up, one at the top, and one on the way down. Entrants must keep to a designated track up and down the mountain, and choosing any alternative track will result in instant disqualification from the race.

More information about the 66th Kawerau King of the Mountain can be found here: www.kaweraukingofthemountain.co.nz