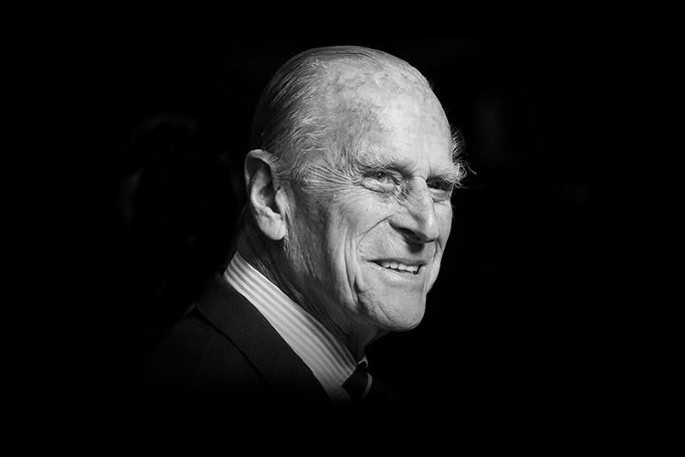 Prince Philip, husband of Queen Elizabeth, has died. He was 99. Photo: Buckingham Palace.

“Our thoughts are with Her Majesty The Queen at this profoundly sad time. On behalf of the New Zealand people and the Government, I would like to express my sincere condolences to Her Majesty and to all the Royal Family,” says Ardern.

“Prince Philip will be fondly remembered for the encouragement he gave to so many young New Zealanders through The Duke of Edinburgh’s Hillary Award. In over fifty years of The Award in New Zealand, thousands of young people have completed life-changing challenges through the programme.

“New Zealanders will also remember The Duke of Edinburgh’s enormous support for Her Majesty The Queen. His time as royal consort exceeded that of any other royal consort in British history. His Royal Highness accompanied The Queen on her ten visits to New Zealand, the first being in 1953, and the last in 2002,” says Ardern.

National Party leader Judith Collins offered condolences tweeting the news was "so sad for Her Majesty, the United Kingdom, and the Commonwealth."

Leader of the ACT Party, David Seymour, has also released a statement.

"On behalf of ACT, I would like to express sincere condolences to Her Majesty the Queen and the Royal Family,” says Seymour.

"Prince Philip will be remembered for his long dedication to public service. He has selflessly contributed to a long period of stability for the Monarchy and the Commonwealth even as the world has experienced enormous change.

"He spoke plainly and joyfully, often saying what many would like to with a twinkle in his eye. We will all miss him dearly,” says Seymour.

The Duke of Edinburgh held a number of New Zealand honours and appointments.

He was appointed an Additional Member of the Order of New Zealand on June 4 2012 for services to New Zealand, to commemorate The Queen’s Diamond Jubilee.

He was appointed an Extra Companion of the Queen’s Service Order in 1981 - the QSO badge features prominently at the front of his extensive medal bar -  and also received the New Zealand 1990 Commemoration Medal.

The Duke was a patron or member of over 780 organisations.

His New Zealand connections included his role as patron of the Royal New Zealand Yacht Squadron, and the New Zealand Society (in the United Kingdom).

He was a life member and gold badge award holder of the Royal New Zealand Returned and Services’ Association, and life member of Aviation New Zealand, and the Tin Hat Club.

He was an honorary member of the Royal Naval Volunteer Reserve Veterans’ Association, and the Wellington Club.

Additionally, he was an honorary fellow of the New Zealand Institution of Professional Engineers, and the Royal New Zealand College of General Practitioners.

He was also involved with a number of Commonwealth associations, such as the Royal Agricultural Society of the Commonwealth.

The Prime Minister says that she has directed that flags on all government buildings and naval vessels be flown at half-mast.

The government is awaiting details from the Palace concerning the arrangements for The Duke of Edinburgh’s funeral. Following the funeral, a national memorial service will be held in Wellington.

More details will follow once arrangements have been confirmed.

An Online Book of Condolence is now available on the Royal website for those who wish to send a personal message of condolence: https://t.co/0w7Vd7kYq0

Visit https://t.co/utgjraQQv5 for updates from Buckingham Palace and information about The Duke of Edinburgh's life and work. pic.twitter.com/fkV4FTvhqI