An unsettled outlook for the weekend 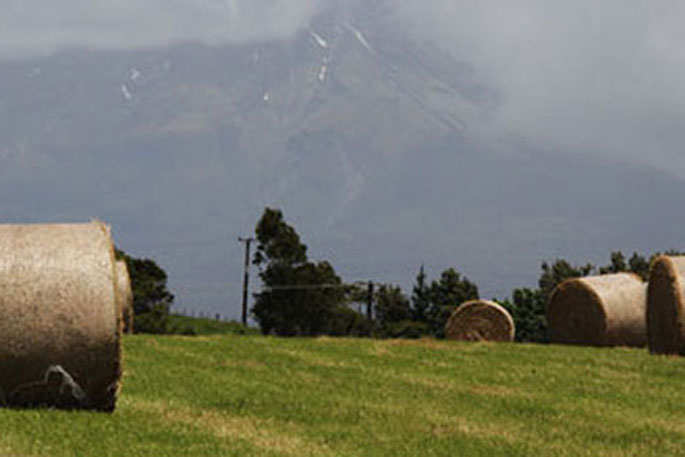 Conditions overnight Friday and Saturday will be warm and muggy, especially from Coromandel Peninsula to Bay of Plenty.

For much of the last few days we’ve enjoyed mostly fine conditions, all provided by a broad ridge of high pressure.

However, it’s the end of the golden weather, as MetService focuses on an active trough crossing the country this weekend.

"An area of low pressure crossing the Tasman Sea on Friday moves to the west of the South Island around midday on Saturday," says MetService meteorologist Andy Best.

"A front associated with this low, crosses eastwards over the country during Saturday and Sunday, pulling warm, humid tropical air southwards over much of Aotearoa."

Conditions overnight Friday and Saturday will be warm and muggy, especially from Coromandel Peninsula to Bay of Plenty.

For example, the forecast maximum temperature for Tauranga on both Friday and Saturday is 21C but the overnight minimum is only expected to be 17C.

Rain spreads across Aotearoa on Saturday, with heavy falls possible in the north and west of the South Island, although southern and eastern areas can expect scattered light rain or showers.

"We also expect heavy rain and possible severe gales for northwestern areas of the South Island, so people travelling in these areas are advised to keep an eye out for any Severe Weather Warnings and Watches which may be issued for the weekend," says Andy.

"On Sunday, northeasterlies crank up the warmth across the east of the North Island, reaching 26 or 27C over parts of Gisborne and Hawke's Bay.

"It’s a warm outlook too for the east of the South Island, as temperatures from Kaikoura to Ashburton peak around 25C, which is around 8 degrees above average for this time of year." 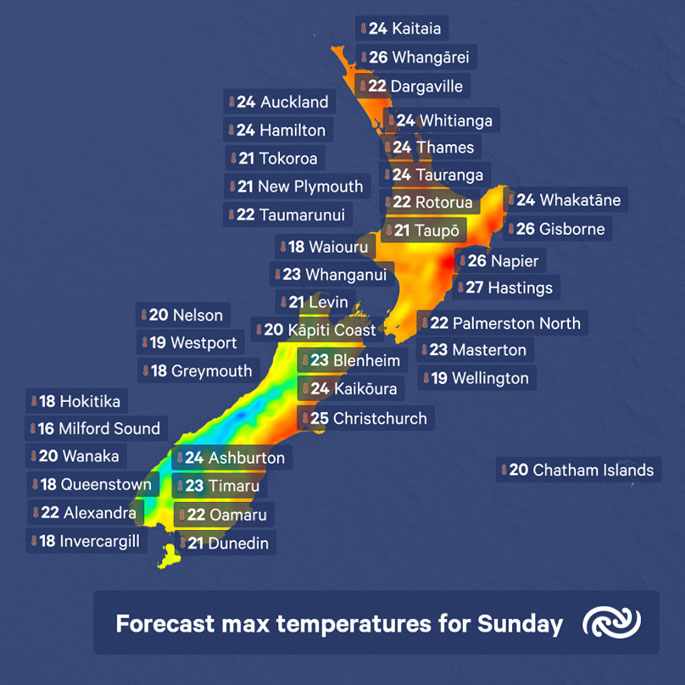 Finally, for the start of the new working week, Monday brings cloudy periods and isolated showers over the northern half of the North Island with mostly fine weather elsewhere.

For the South Island, expect showers in the west and north turning to rain, while remaining areas see scattered rain developing.