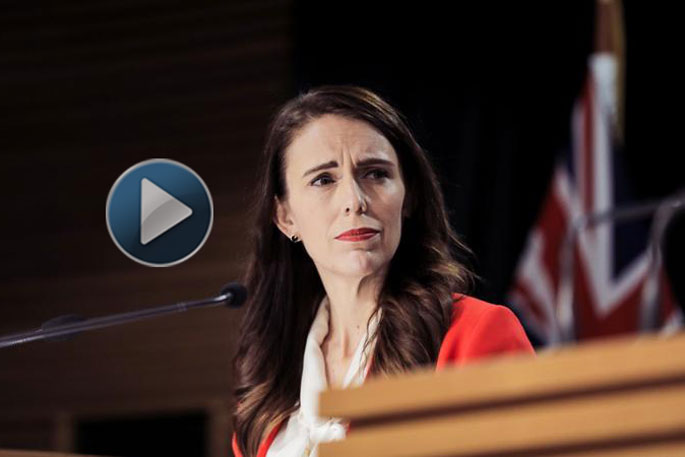 In a live media update this afternoon, the PM stressed that this is a temporary measure to stop people travelling from India to NZ, due to the high number of cases coming from the region.

The ban will be in place from 4pm April 11 until April 28. It also includes New Zealand citizens and residents.

Ardern says this is a temporary suspension while they look at other ways to reduce the risk of Covid coming into NZ from high risk countries.

In the past 24 hours, New Zealand has reported 23 cases of Covid identified in people arriving in NZ, with 17 of the new cases coming from India.

Ardern this ban is in place while the government reviews the border system they have in place.

"Cases of the virus have been on the rise internationally ... with surges particularly in Brazil and India... We are starting to see this global trend mirrored here," she says.

Cases in managed isolation facilities have increased from two or three a day to four to five a day for the rolling seven-day average.

India has been struggling with a sustained outbreak.

"We want to see fewer cases arriving in general," Ardern says. "Advice is people are likely getting the virus ... as they travel to an airport and before they board a plane."

It is the first time New Zealand has stopped citizens or residents from returning here.

Ardern says the government has been concerned about high risk countries for some time.

"We have looked into whether we have issues with the accuracy of pre-depature tests - that has not demonstrated that is where the problem lies, so this suspension gives us a bit of time to look at the issue more generally."

The suspension is temporary because "we do have obligations to allow citizens to return to New Zealand", Ardern says.

It would reduce the risk to New Zealand and to the travellers, she says.

It was announced this week that a quarantine-free travel bubble with Australia would operate from April 19.

Director-General of Health Ashley Bloomfield confirmed this afternoon that a border worker had tested positive for Covid-19.

The 24-year-old security guard at the Grand Millennium MIQ facility in Auckland had not yet been vaccinated.

Bloomfield also announced 23 new positive Covid cases in managed isolation, 17 of which had arrived from India.

Bloomfield said countries like Brazil and India were experiencing rampant spread of the disease and that Ardern would be announcing measures to counter the threat of in-flight transmission of the virus among those entering New Zealand and the heightened threat this posed to border workers.

It was announced this week that a quarantine-free travel bubble with Australia would operate from 19 April.

...covid infection levels that make you gasp : 160,000 per DAY! Our entire capability would be easily overrun if we continue to allow travel from India before they have it under control. We should do the same for ALL countries where Covid is not decreasing.

You cannot put a two week timescale on this. You relax it on evidence, not time. And let’s be honest about this - these returnees have not been “stuck” in India. In the vast majority of cases they have been in New Zealand recently and taken the decision to travel. It’s against advice and it’s selfish. There are lots of people who have been isolated here from family overseas and are waiting it out. If you go to a hotspot, you stay put.

That’s the first things she’s done right in the past 3 1/2 years. Shame it was too late and hasn’t gone far enough.

Jeez they are so slow. I’ve been telling them for weeks that pre departure test certificates from India are not worth the paper they are written on. Now they just need to listen to me regarding their woeful vaccination plan. 10,000 jabs a day just won’t cut it. The UK had a record of 870,000 jabs in one day. Their population is 12 times New Zealand’s so we should be aiming for 75,000 jabs a day. 10,000 is pathetic. 3rd World standard not Gold standard.

Its about time she woke up should been done months ago.

too little too late

Finally the govt has seen the light and have agreed with the uni mappers and the public in placing a suspension on high risk countries.This doesnt start until in 3 days time,more cases can arrive by then.Govt need to do more to protect our tasman bubble.