Rain on the way for some parts of NZ 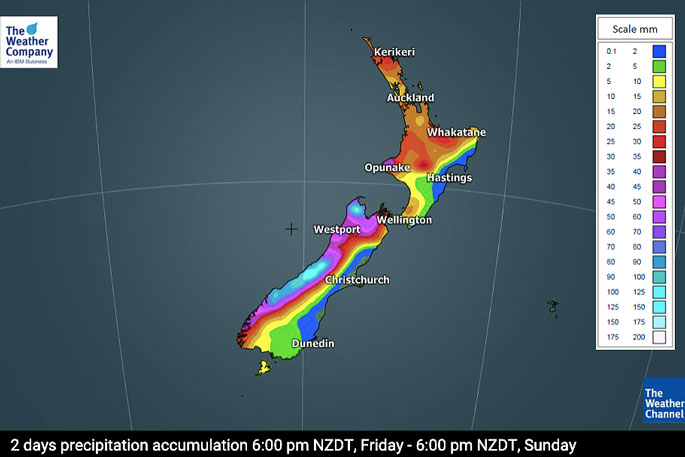 Some heavy rain is on the way as a storm in the Tasman Sea moves into the South Island this weekend.

The low is likely to bring a burst of strong winds to some areas, mainly around Cook Strait and the Southern Alps along with heavy West Coast rain.

"But the North Island is only expected to get showers or a brief period of rain - and eastern areas are likely to receive even less, including the eastern South Island," says WeatherWatch.co.nz

"From 6pm Friday to 6pm Sunday some eastern areas like Hawke's Bay and the more coastal side of Canterbury and Otago are likely to get no rain at all, or maybe just 1mm.

"At the same time, the West Coast is likely to accumulate up to 125mm.

"The upper North Island has more hit and miss relief coming with between 10 and 30mm over the weekend."

Another low on Monday/Tuesday will give additional rainfall, you can see the expected rainfall totals in your area (or any specific parts of NZ) by looking at the 10 day forecast at both WeatherWatch.co.nz and RuralWeather.co.nz. 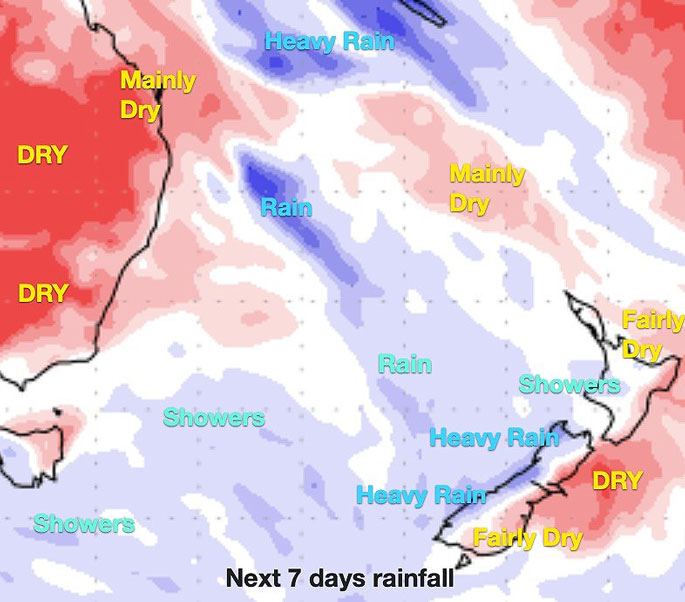