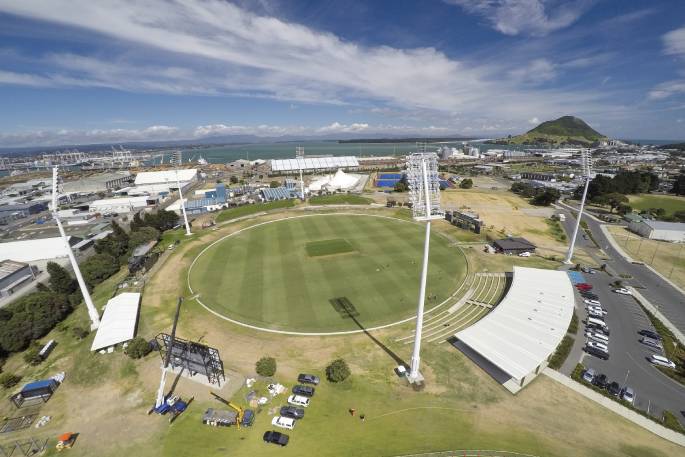 New Zealand went head-to-head with Australia at the Bay Oval on Wednesday.

Australia's vice-like grip on the Rose Bowl remains unable to be prised loose.

The tourists secured the trophy contested against New Zealand in women's ODI cricket yet again when they defeated the hosts by 71 runs in Mount Maunganui on Wednesday.

Chasing a challenging 272 for victory in 50 overs, the White Ferns were dismissed for 200 in the 45th over, never truly looking like providing an exciting finish under lights at Bay Oval.

That meant the silverware stayed with Australia, as it has for the millennium to date.

They did get a six-wicket haul of wickets from offspinner Leigh Kasperek – becoming the first Kiwi to take six Australian scalps in an ODI and just the fourth White Fern to capture six ODI wickets in a game – but Australia still managed to make 271-7 after being sent in by NZ captain Amy Satterthwaite.

With opener Rachael Haynes making 87 (105 balls, eight fours), captain Meg Lanning a charmed life 49 (51 balls) and Alyssa Healy 44 (50 balls), Australia were still heavily favoured at the break in innings and only more so after the hosts lost two wickets in the opening two overs of their pursuit.

Lauren Down, who top-scored for NZ with 90 in Sunday's six-wicket loss, was worked over and then dismissed by speedster Tayla Vlaeminck in the first over before Megan Schutt got rid of Satterthwaite four balls later.

Earlier, Kasperek turned a promotion into the playing XI into the fourth-best bowling figures for the New Zealand women’s side in ODI cricket history.

New Zealand’s best ODI women's figures belong to Jackie Lord, who took 6-10 off eight overs against India in Auckland in 1982.

Kasperek wasn’t in the side which was beaten by six wickets on Sunday but replaced pace bowler Lea Tahuhu on a wicket expected to favour the spinners.

Introduced to the bowling crease in the 14th over, Kasperek was able to somewhat limit the progress of an Australian side which reached 180-1 in the 34th over.

She took most of her wickets by defeating the batters in flight as they attempted to hit out, with five scalps falling to outfield catches while she got the dangerous Ashleigh Gardner caught behind.

The last game of the series is at the same venue on Saturday.