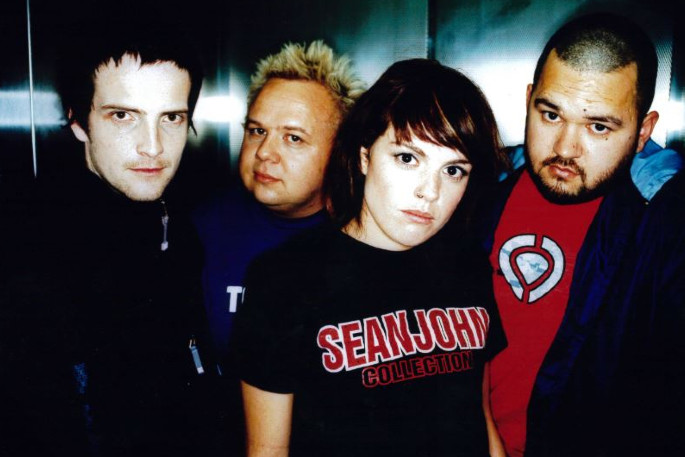 But for fans in the Mount there is hopefully truth in the old adage, as they have been made to wait for the band’s Totara St performance this week.

The classic Kiwi rock band were due to play the Mount Maunganui venue a month ago. However, Auckland was placed into lockdown following a Covid-19 outbreak and the gig was subsequently postponed.

This Thursday the band finally get the chance to play in the shadow of Mauao again.

The band will play some favourites from their back catalogue. ‘11:57’, from their sophomore release ‘Trouble In Paradise’ could be one of them. It’s a song that bassist Lani once claimed was written in the Mount, a narrative frontman Dave is happy to peddle.

“I feel like there is a story and there is a memory of a songwriting trip that Justin and I took down to The Mount,” he says.

“That feels vaguely true. I am just going to say it is true.”

The plot thickens, with Dave playfully suggesting the song was penned at the top of Mauao, with an acoustic guitar and a melodica.

“I wrote it at the Mount in 2001 on a trip up that mountain, that rock,” he posits. “That’s where it was written. We were at the very top of that.”

Dave, along with drummer Scotty Pearson, guitarist Justyn Pilbrow, and bassist Lani Purkis, are promoting the High Fidelity vinyl release and the Mount gig is now the penultimate event before a tour-ending Auckland show.

Lead singer Dave suspects it’s roughly 10 or 15 years since they played such an extensive Kiwi tour.

The High Fidelity tour is promoting the release of the band’s first three albums ‘Love & Disrespect’, ‘Trouble In Paradise’, and ‘Elemeno P’ on vinyl.

New York based Dave, who has enjoyed his relative freedom in Aotearoa since leaving quarantine a week shy of Christmas, is proud of his record collection Stateside and is “stoked” to see the band's works in the format.

“I like the physical nature of a vinyl,” says Dave. “It’s a considered purchase. A thing that exists as opposed to when you are streaming music. Of course I stream music all day every day but it is like such a throwaway commodity.”

Vinyl has enjoyed a renaissance in recent years with music fanatics embracing the platform as an alternative to streaming. It has become “a playlist world”, according to Dave, compared to the deliberate nature of needle on wax.

Fans at the shows are therefore promised a special and intimate treat. The band will be playing their 2003 breakout album ‘Love and Disrespect’ in full from the start, the way it was initially intended.

“There are some songs on that album that we have never played live,” Dave says. “So it is going to be the first time we are ever doing it. That’s quite exciting.

“That album meant a lot to us because it has kind of changed our whole lives. It is going to be dope. You might not ever get to see us play those songs live again.”

You can preorder Elemeno P’s vinyl releases and buy tickets for their upcoming shows at: www.elemenop.co.nz.