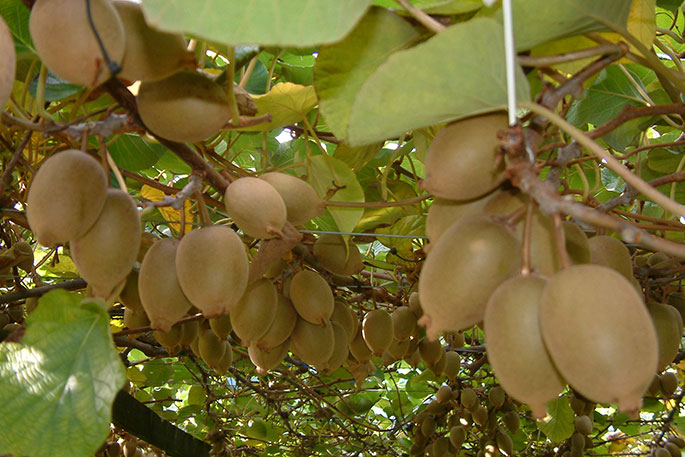 This year’s kiwifruit budding season may be one of the last in which the boom of audible bird scaring devices will be heard across the district.

Whakatane District councillors have voted to initiate a plan change process that will see the loud bird scaring devices outlawed or subject to more stringent rules.

Poroporo resident Sandy Pryde told councillors at a strategy and policy committee meeting last week that the noise was “horrendous” and neighbours of orchards had their lives disrupted unnecessarily when there were alternatives such as nets, flashing lights, and water jets.

During spring, kiwifruit orchardists use the loud boom of the devices to scare birds away from their crop. Loss of kiwifruit flower buds to birds can occur very quickly and can be devastating to orchards by reducing yield and therefore revenue.

Currently the audible bird scaring devices can be used between 7am and 7pm, seven days a week and up to twelve times per hour. They cannot exceed 100 decibels.

In comparison, the level of a normal conversation level is around 50 to 65 decibels. The noise of a train can be measured at 100 decibels.

“From what I’ve seen they have very limited impact, and the birds return within seconds,” says Sandy.

“Depending on how the wind is blowing, it can sound as though it’s at your back door.”

Sandy brought with her a petition of support with 36 signatures from neighbours of orchards.

Councillor Wilson James noted the issue of bird scaring devices is only getting worse as more and more dairy farms are converted to kiwifruit orchards.

He says this could mean neighbours are not subjected to just 12 booms per hour, but 12 booms multiplied by how many orchards are nearby.

“It’s getting pretty hard not to be within one kilometre of an orchard,” he says.

Councillor Alison Silcock agrees and says people moving into rural areas some 20 years ago could not have predicted how kiwifruit “would begin to take over” dairy farms.

Council staff recommends the council undertake a “community advocacy role” alongside monitoring of the use of audible bird scaring devices.

This will consist of council raising awareness of the nuisance of audible bird scaring devices with orchardists and employment of a compliance monitoring officer during the budding season to ensure orchards were complying with the rules.

However, councillor Julie Jukes is adamant the council needs to proceed with a plan change process, which will see it undertake staff recommendations and also amend the rules governing audible bird scaring devices after consultation with the public.

She says Whakatane’s rules appeared lenient and action is needed now to prevent the devices becoming a bigger issue in the future.

Mayor Judy Turner proposed an amendment to Juke’s motion that the council proceed with a plan change only “if needed” after monitoring and advocacy has been carried out.

“It’s my thinking that this plan change may not even be needed in a couple of years,” says Turner.

However, Jukes does not agree to this amendment, and Turner and councillor Victor Luca are the only ones who voted in its favour.

“Even if orchards are compliant, it will still be an issue,” says Jukes.

“The district plan is too lenient, so we already know we need to do more than just monitoring.”

James suggests some councillors will take the issue more seriously if there are orchards lining the Whakatane township boundary.

Monitoring of orchards using audible bird scaring devices will begin this budding season over August and September for council staff to gather information to inform the plan change process.

The plan change process may take up to two years as the council will need to undertake two submission processes and have hearings.

In favour of this

At the beginning of summer the noise is hideous coming across from Matakana Island and beyond. The summer before this an orchadist "forgot" to turn them off and they were going all night. Real noise pollution for humans and birds.