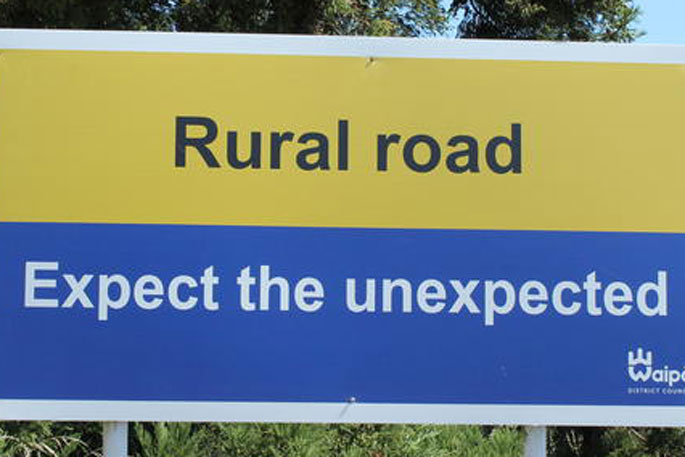 The government is being urged to spend an extra $930 million on road maintenance in light of the high death toll over the Easter break.

The official Easter road toll has been provisionally updated to eight, all taking place in the North Island. The previous figure was seven, but a fatal crash involving a 14-month-old child at their Auckland home of Mt Wellington on Friday has been added to the list.

An Easter toll of eight would be the country's worst since 2010, when 12 people died on the roads.

The road fatalities come as no surprise to the New Zealand Automobile Association, which says the country has been a dangerous place to drive for at least the last seven years.

To make driving less perilous, the AA says road maintenance should be a government priority.

The association's Dylan Thomsen told Morning Report, although it wasn't the only issue, road maintenance played a major role in road safety and that underfunding had left many roads on the point of dangerous failure.

"We calculate that we need a $930 million increase in road maintenance funding over the next three years to get our roads back to the standard they should be," he says.

"The maintenance has been underfunded for much of the last decade and what we're really seeing is a number of roads around the country starting to reach critical points where they desperately need maintenance now or else they are going to start failing and much more extensive work is going to be needed to repair them."

He says many roads lacked grip and with winter ahead and more wet weather, loss of traction by vehicles would become an even bigger safety risk.

Increasing funding to improve existing road could be achieved with immediate effect and would mitigate the dangers, Thomsen says.

"I think it's the really difficult task to try to change the 'She'll be right' culture that pervades a bit on the roads and trying to change that to an attitude of 'there's no second chances' when you're behind the wheel."

There were no deaths at Easter last year, when the country was in lockdown.

Thomsen agreed that statistics over the last year had done much to dispel the notion foreign tourists were responsible for a significant percentage of road deaths, as Covid restrictions had kept them out of the country.

Poor driving and older model vehicles in poor condition could account for many accidents also. Thomsen says there is not one single issue that accounted for road accidents and that an over all change of culture is needed.

"We actually need to have a strategy in place to get New Zealanders into better cars because we drive a lot of older vehicles in comparison to other countries and then I think it's the really difficult task to try to change the 'she's be right' culture that pervades a bit on the roads and trying to change that to an attitude of 'there's no second chances' when you're behind the wheel.

"If you get it wrong or make a mistake, it's too late to go back afterwards and be able to change it."

You make a great point re bananas and cell phones. How bloody ridiculous. You’ve spun a whole new light on it. Well done putting that out there. You should email our MPs pointing this out. Great comment.

Ambo at the bottom of a cliff again.There is nothing wrong with our roads.Money should be used to educate drivers,revise the licensing system and tests.Roads dont move,its the driver that has control of the situation.

Time and again the knee-jerk reaction is to blame the roads. Which only plays squarely into the government and council policies to reduce the numbers by reducing speeds by various means (the easy option). When will we accept that the standards of all education (particularly driver education) is woefully behind those of other first World nations. Compounded poor driving behaviour passed on by parents who were taught by their parents etc etc and a fifteen to twenty driving test isn’t a proper indication of driving ability (Or more accurately, lack of ability)... Condolences to the bereaved families

Well said First Responder. I often post similar comments. Only yesterday I suggested that Police ditch unmarked cars and make themselves highly visible.....the same with those speed camera vans. If they are serious about safety, visual deterrents are far more effective. Put a sign up 1km away from a speed trap van and the desired effect will happen....people will slow down and that so called accident black spot won’t be a black spot anymore. But, at least two of is know, it’s all about the coffers!!

All back to front

So reducing speed limits, increasing cameras, and more police mufties isn’t working? No, this is a game about revenue, not safety, although it does amaze me that entering the country with a banana in your bag will cost you $400. But driving with a cell phone in your hand only costs $80