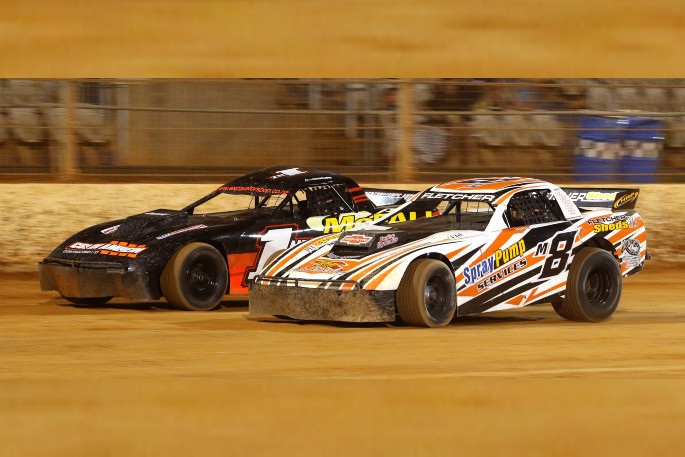 The chequered flag waved close finishes after exciting racing on the 2020-21 season at Baypark Speedway on Saturday night.

National champions were in the spotlight as the finale of the 16-night season thrilled a large fireworks night crowd.

The pair swapped places several times in the opening laps of the final and then Jarred held a slim lead through the middle of the race. Chris completed an outside pass in turn one on the final lap and Jarred responded with a big dive into the final turn but was unable to make his move stick.

``It was great racing and I really enjoyed the battle,’’ says Chris.

``He made a big dive in the last corner but I was pretty sure he would push up in front of me so I was able to cut back underneath him.’’ 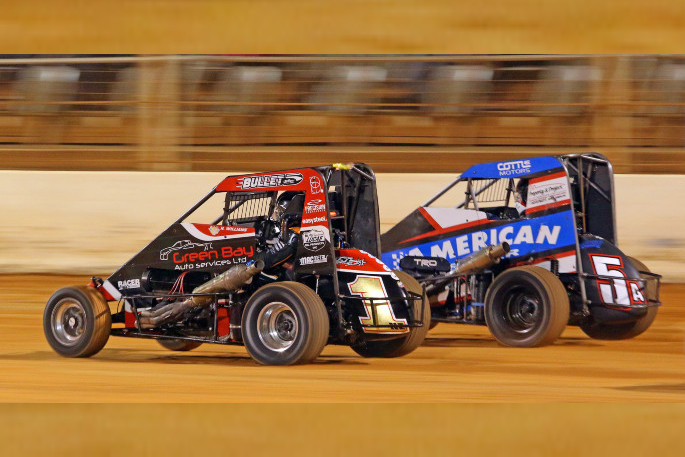 ``I had a couple of good battles with Brock which I was able to cover and then my team-mate Hayden Guptill showed me the top line,’’ says Kevin.

``I was able to make the right calls on the track and change my line when I needed too.

``The track was quite technical with a low line, a middle and a top along with a few bumps but my team gave me a perfect car,’’ says Kevin.

A side-by-side battle raged between Cole Wood and Boyd Westbury for most of the Six Shooter final. The pair were rarely more than a car length apart till the closing laps when Cole gained a small led to clinch the title ahead of Boyd and Luke McClymont a close third.

Marc Dunn won the BOP Stock Car title on his final appearance in the class and next season he will step into Super Stock competition.

A strong field of visiting drivers provided competition for the locals in the Youth Mini Stock title. Rapid Hawke’s Bay driver Bailey Smith took an early lead and gradually eased away from Huntly’s Kayden Barker while Deegan MacGregor raced forward from the fourth row of the grid to finish third

The 20th anniversary 2021-22 season at Baypark Speedway will open at Labour Weekend on October 23.