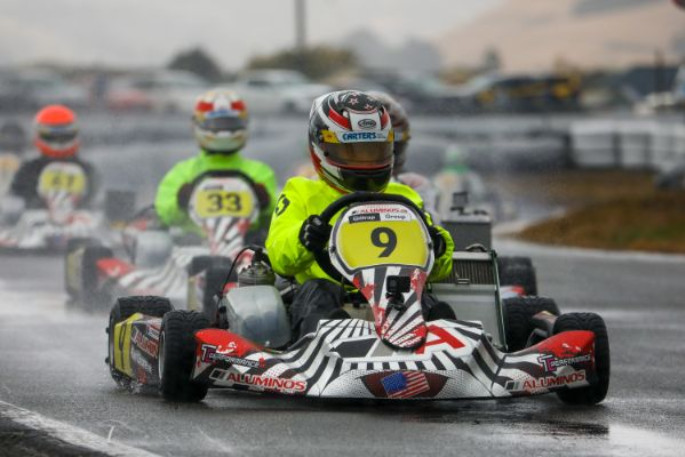 Karters from all over the country have made their way to Christchurch for KartSport New Zealand’s three-day Armstrong Motor Group-backed 2021 National Sprint Championship meeting.

Drivers Jacob Douglas and Henry Fisher made light of the changeable weather and track conditions to claim the first two class titles of the weekend on the first day of competition at this year’s Armstrong Group-backed three-day KartSport New Zealand National Sprint Championship meeting in Christchurch yesterday.

Neither - quite - had the perfect day, but both ended up running away from the rest of the day’s front-runners to dominate the Finals in their respective classes – Douglas, 16, in the Vortex ROK DVS Jnr class, Fisher, 8, in Cadet ROK.

Douglas in particular was imperious in both his Pre-Final ad Final races jumping into an early lead in both before putting in an a master class in handling the streaming wet track conditions as rain showers swept across the KartSport Canterbury club’s track at Carrs Rd in Halswell.

Earlier in the day fellow KartSport Canterbury club member Blake Knowles appeared to have Douglas’s measure, pipping him for pole position in qualifying and to the finish line in the second race. 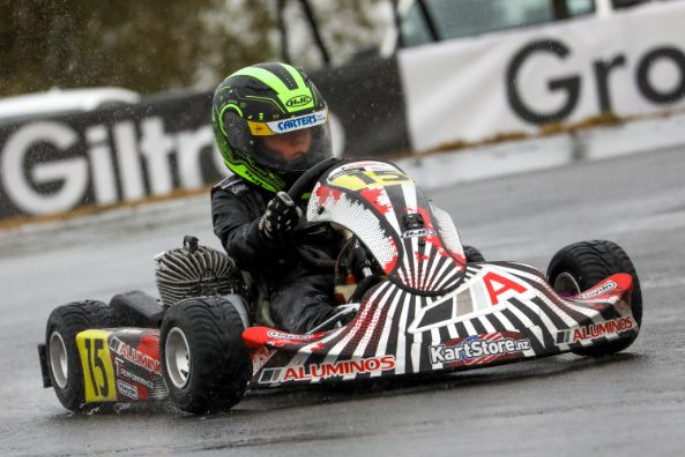 No one could beat a determined Douglas in the rain however, with Knowles the best of the rest in second place in the final from the first of the visiting drivers, Jay Urwin from the Bay of Plenty.

Henry Fisher and reigning Cadet ROK class SI #1 Jackson Culver were also evenly matched early in the day as well. However, all bets appeared to be off after an incident-packed Pre-Final won by 8th quickest qualifier Zach Hemphill after everyone in front of him – including Fisher and Culver – fell afoul of the super slippery track conditions.

Fisher more than made up for his indiscretion in the final, however, running away to win it – and the 2021 NZ #1 plate – from Aston Walker, Luke McMillan and Mason Dunphy, after second-across-the-line Culver was one of a number of drivers penalised for pushed back nosecones  -signifying excessive contact.

For those who can’t make it to Christchurch for the 2021 Sprint Nationals event action from it will be livestreamed on all three days and can be accessed free via KartSport NZ’s official Facebook page at https://www.facebook.com/KartSportNZ/