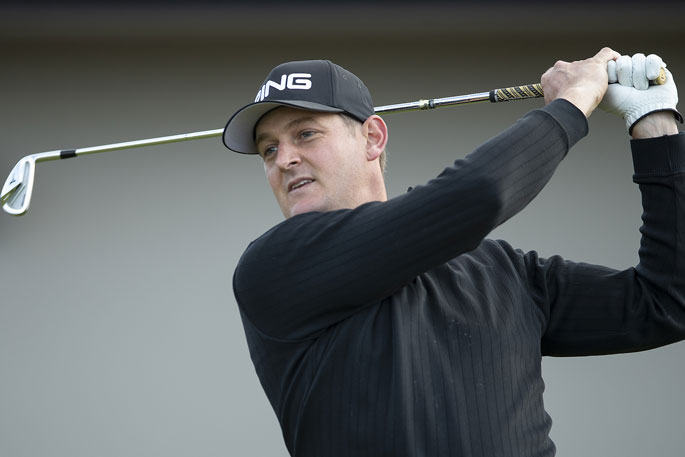 Tauranga-based professional Jim Cusdin will tee it up at the inaugural The Clubroom Gulf Harbour Open this week, with the event carrying some extra meaning.

Cusdin has been a regular fixture in the Jennian Homes Charles Tour, and was the first person to hoist the Jennian Homes Trophy which is awarded to the best performing player over the tour’s season back in 2016.

He also plays in The Carrus Open every year and is often somewhere near the top of the leaderboard come the weekend at his home event.

This week, he is not only a part of the tournament as player, but also a director of The Clubroom who are the naming rights sponsors of the new Jennian Homes Charles Tour event being held at Gulf Harbour Country Club.

“It’s safe to say my preparation has taken a bit of a backseat, but I’m really looking forward to getting started and seeing what The Clubroom alongside Gulf Harbour Country Club can do this week. We want to make this one of the best stops on the Jennian Homes Charles Tour,” Cusdin explains.

The Clubroom Director says it was a no brainer when the opportunity came up to be a part of the new Jennian Homes Charles Tour event as it’s the perfect way to give back to the many golfers that support their business and align themselves further with Golf New Zealand.

“To have an event of this caliber on a world class golf course like Gulf Harbour is pretty amazing. We have great relationships with a lot of the players that play in each of these events, and to be able to help provide them with another playing opportunity is the least we can do, especially in today’s current climate.

“We want to see the players tested and help the next generation of budding professionals see what it takes to play at an elite level. It’s great that Ryan Fox is playing as he’s someone who is out there performing on the world stage.”

Cusdin is set to tee it up alongside Kahu Tataurangi and Shaun Campbell at 1pm tomorrow.