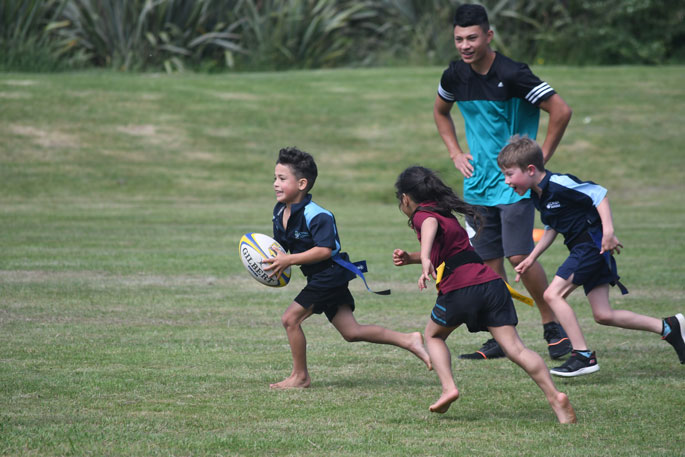 More than 3300 students aged 5-17 in the Western Bay of Plenty took part in Rippa Rugby this season. Supplied photos.

Rippa Rugby is wrapping up this week after a successful summer of the programme, which saw more than 3300 students aged 5-17 in the Western Bay of Plenty take part.

The programme sees girls and boys of all abilities playing the non-contact version of our national game in a fun and relaxed environment.

Involving a six-week after school round-robin, teams play matches against their surrounding schools. Games consist of 12 minutes halves, and substitutions can be rolled throughout.

The final week of each module sees each child receive a complementary juicy and a participation certificate.

Bay of Plenty Rugby Union WBOP junior rugby officer Harry Semple says the programme has grown year-on-year, with a format that breaks down barriers and ensures any child can have a go.

“Rippa allows all shapes and sizes to compete amongst their peers at the same level and can be played between all genders.

“Removing the physical component that traditional rugby brings has also seen a dramatic reduction in injuries and an increase in participants that we would not usually see in the contact version of the sport. Having over 50 schools buy into the programme post-Covid shows the importance Rippa now has in the community.”

Currently, 41 of the 49 primary schools and 15 of the 23 Year 7-8 schools in the Western Bay participate in the programme.

Harry says he sees many positive outcomes of the programme.

“Confidence is a big one that we see – throughout the six-week modules, you are able to see clear growth in the skills of the players both on and off the field. Whether that’s their ball skills or simply being able to interact with their peers.”

A female participant says the programme has opened up opportunities for her to play in her high school sevens team.

“I have always loved the game of rugby as a spectator from watching my brothers play. However, I have never got involved myself due to the contact element and lack of females involved in the game. Rippa fills both these holes for me and has now provided me with the confidence to join my high school sevens team”.

TECT has supported the Rippa Rugby programme for a number of years now, with $20,000 approved late last year to go towards facilitators, field markings, referees and equipment. 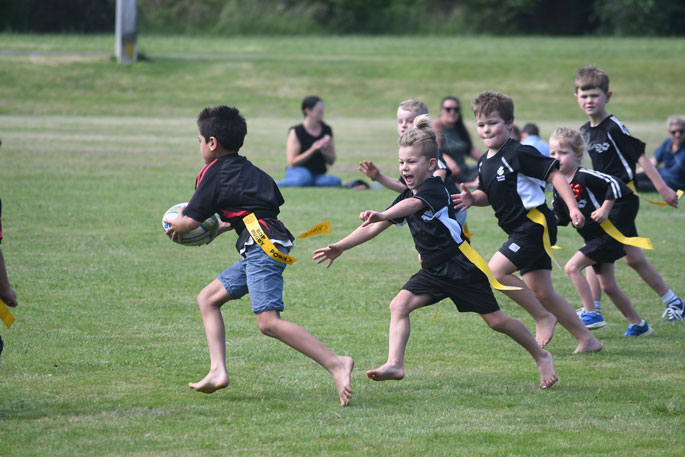 “We would simply not be able to deliver the programme without TECT’s funding, and it also allows us to keep it at an accessible cost for as many children as possible.

“We appreciate TECT’s support in helping us grow the sport at a junior level and for their ongoing support across a range of programmes and events since 2011. Their funding of almost $900,000 over the years has been an incredible investment into the sport and, in turn, our community’s wellbeing. We are lucky to have TECT in our region.”