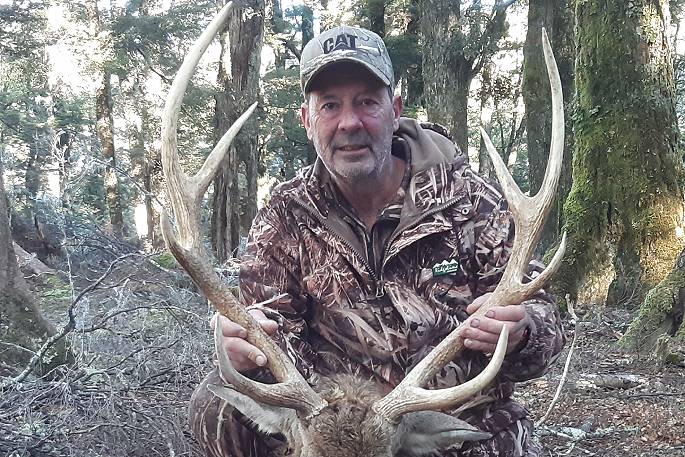 The popular competition, managed by the Department of Conservation’s Maniapoto District staff, is traditionally held in the annual deer roar in autumn.

It was cancelled in 2020 due to the Covid-19 nationwide lockdown but returns for 2021 with the addition of pig jaw scoring to be overseen by the Te Kuiti Pig Hunting Club.

He has a good understanding of the history of the Douglas Score system and how hunting in New Zealand has evolved.

“I did my first Douglas Score course in 1991. In 1999 I became a National Training Antler Horn and Tusk judge, and then in 2004 I took over running as NZDA AHT competition manager,” he says.

“The first year the Waikato branch of the NZDA used the Douglas Score was 1949. It was adopted by NZDA in 1957.

“The whole idea of the system is you can use it to compare. We can look at heads from the 1950s and 1960s and can compare them to today. When I first started measuring back in the 1990s, you never saw a red deer head that would score more than 300. Now, half the entries at nationals are more than 300. They are just getting better and better.”

Mark says hunting has changed over the years he has been participating.

“We see a lot more women and children involved, but also now we’re seeing people in their 40s taking it up.

“I think it’s to do with getting out in the outdoors. If you’re going to go for a tramp, why not take a rifle with you? You might see something.”

He anticipates a popular and successful competition for 2021 with high interest from hunters who could not get out into the bush in 2020.

“I’m picking it’ll be a good roar this year, because a lot of people didn’t get out last year. You can only go so long without hunting, you really miss it,” he says.

NZDA and its local branches in Te Awamutu and Waikato are providing support for the event. NZDA will have an informative display and stall on the prizegiving day, April 18.

Mark will also be attending to help train other judges.

The competition opened on March 12, and all heads and jaws must be entered by midday April 18 at DOC’s Pureora Workshop on Barryville Rd with prizegiving to follow.

There will be activities for both the kids and the adults held at the prizegiving day including a roaring competition, a wildlife photography contest and kiwi aversion training for hunting dogs, free of charge.

There are a range of prizes across several categories in this year’s competition, thanks to various local sponsors.

To enter, hunters are required to have a valid hunting permit for Pureora.

Competitors should pre-register heads or jaw at an official recording site.

Competition rules and details of recording stations can be found here or click on “News and Events” on the DOC website.