Yeoman walkway to get a new bridge 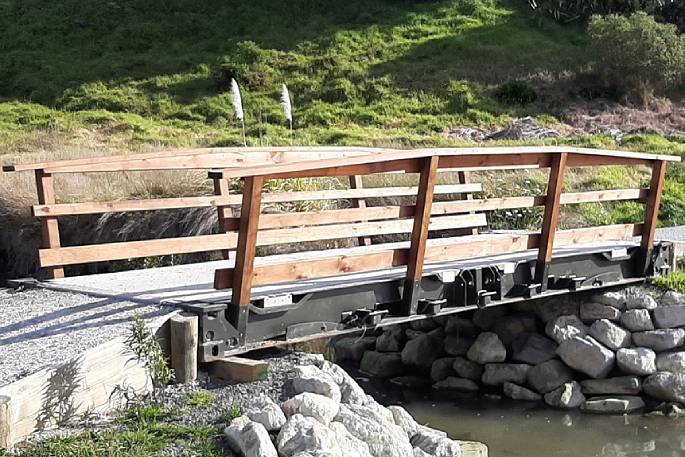 Katikati’s Yeoman Walkway will be closed from next week to allow for the installation of a new bridge ready in time for users to enjoy this winter.

The esplanade walkway extending southward from Levley Lane Reserve to the junction with the walkway link to Riverstone Drive will be closed to the public from Tuesday, April 6, for a period of time, to allow contractors to remove an existing culvert and replace it with a bridge.

Other works include remediating the stopbank and esplanade reserve and rock armouring – the process of placing geotextile fabric and a mosaic of large rocks against the battered slopes between tides – to prevent future erosion.

Works start on Tuesday, April 6, and are expected to take approximately five to six weeks, dependent on weather conditions, with all access to be left open to public as much as possible.

It is expected the crossing access will close for one to two weeks while the culvert is removed and bridge installed.

Council’s Reserves and Facilities Officer (West) Wayne Alchorne says this work is required as the existing old culvert has been eroded by daily tidal water and a bridge was seen as a more suitable replacement that will also enhance the area for users.

Access through where the culvert is getting replaced will be closed during this time, with Council and its contractors working to keep the other access tracks open with health and safety controls in place.

“The finished product outcome will enhance the wetland upstream of the site by enabling steady tidal wetland activity and slightly enlarging the wetland area,” says Wayne.

“This long-awaited project will provide recreational security for the reserve whilst enhancing the aesthetic and ecological values of the wetland.”

The work will be undertaken by local company Fotheringhame Contractors Limited and will include cultural monitoring by Ngai Tamawhariua of Katikati.

Council apologises for any inconvenience caused during this construction period.