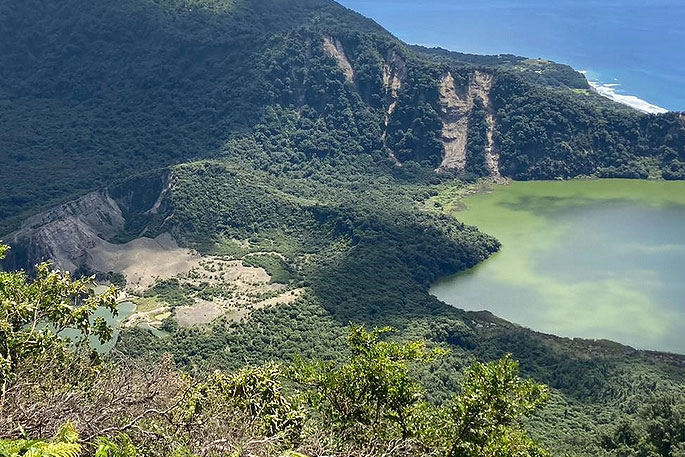 More than 300 new landslides have been discovered on Raoul Island following the M8.1 earthquake, which triggered tsunami warnings in the Bay of Plenty earlier this month.

GNS Science says the landscape on Raoul Island is dominated by steep forested slopes of the volcanic Raoul caldera and rugged coastal cliffs.

"The ground shaking from the M8.1 earthquake on March 5 was estimated to be between 0.15g and 0.75g (from software ShakeMap NZ) which triggered more than 300 landslides, that our team have mapped," says a statement in their website.

"The mapping was done using photos of Raoul Island captured by the GeoNet and NZDF teams who visited the island after the earthquake as well as a 0.5m resolution image captured by the satellite Pleiades on March 9. 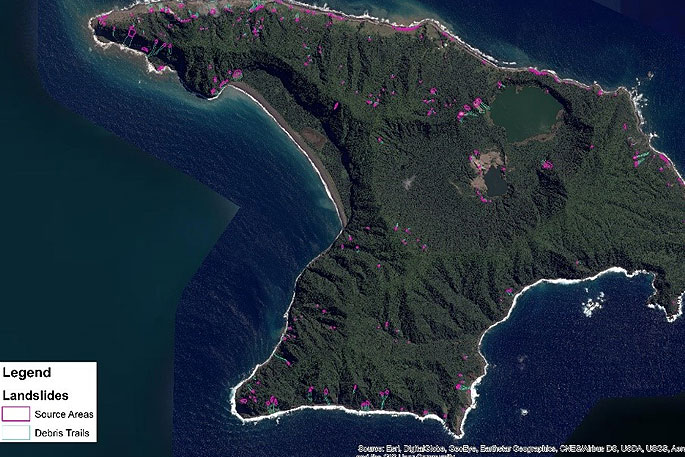 "A combination of pre-earthquake imagery (Google and Sentinel) was used to make sure the landslides were triggered by the earthquake (i.e. weren’t there before the earthquake)."

The most spectacular landslides were around Blue Lake, and along the rugged coastline, says GNS Science.

"There was a significant slip at Bells Beach, where about 400 m of coastal cliffs collapsed, leaving a plume of sediment in the ocean.

"Most of the landslides were relatively small (100-200 m3) rock and soil avalanches and falls, but there were some larger ones up to about 20,000 m3 (think two rugby fields neck-deep in rocks).

"The largest landslides were on the north-east coast near Hutchison Bluff, and around the crater of Blue Lake, most landslides comprised rock and soil avalanches and falls." 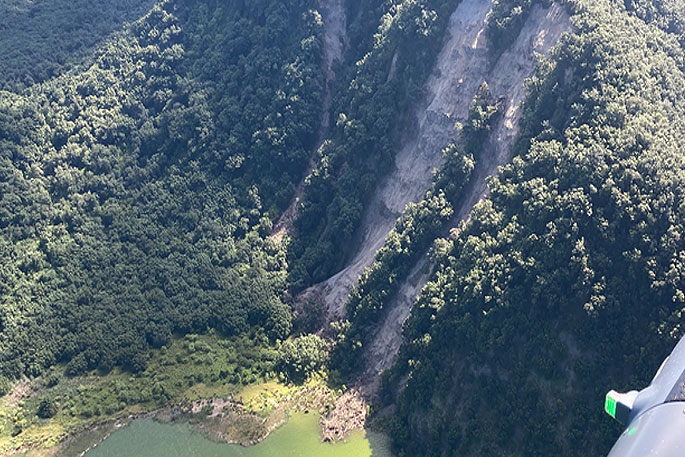 Landslides triggered on the crater rim of Blue Lake.

"Before the field teams left for Raoul Island, we ran our Earthquake-induced landslide forecast tool (EQIL Tool) (Massey et al 2020) to give them an indication of where to look for landslides and to provide information relating to potential safety risks.

"The EQIL Tool predicts where landslides are likely to occur given the earthquake shaking (PGA) and the underlying topographic and geologic controls on where landslides occur (distance from fault, slope, geology, elevation, vegetation, aspect, etc.)."

The results from the tool (using a PGA of 0.4g) are shown in the image below, with the mapped landslide distribution overlaid. 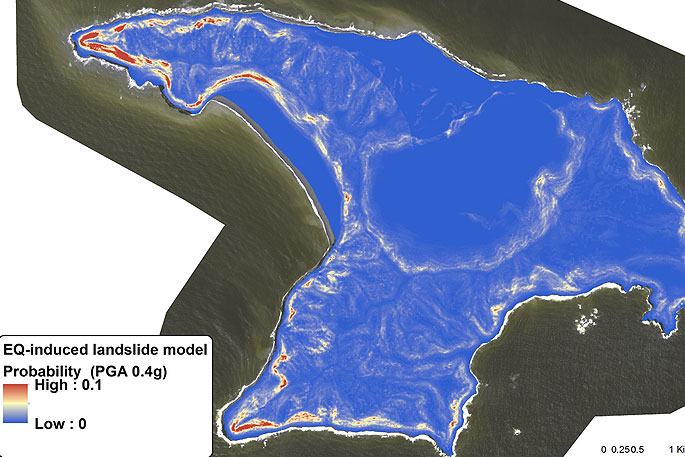 Landslide probability estimated for the M8.1 earthquake assuming a PGA of 0.4g, across the entire island.

The areas in red and orange have a high probability of producing earthquake-induced landslides.

"The coastal slopes generally have a high simulated landslide probability, and most of the mapped landslides occurred on these slopes.

"This is because they are generally steeper in angle and higher in local slope relief. Some of the larger landslides occurred on the volcanic crater rim, again corresponding to areas of high simulated landslide probability. 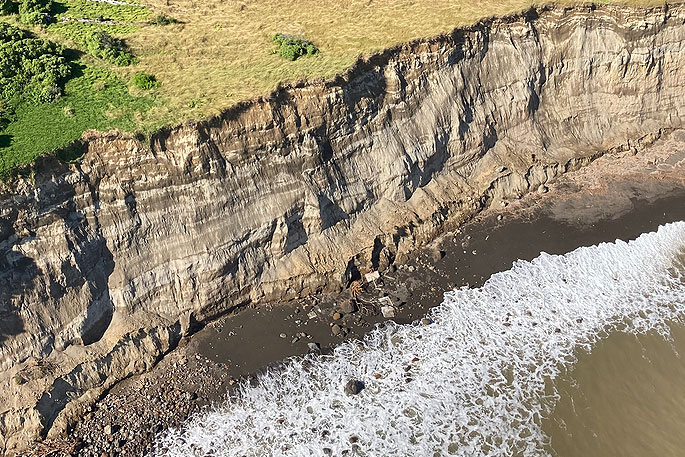 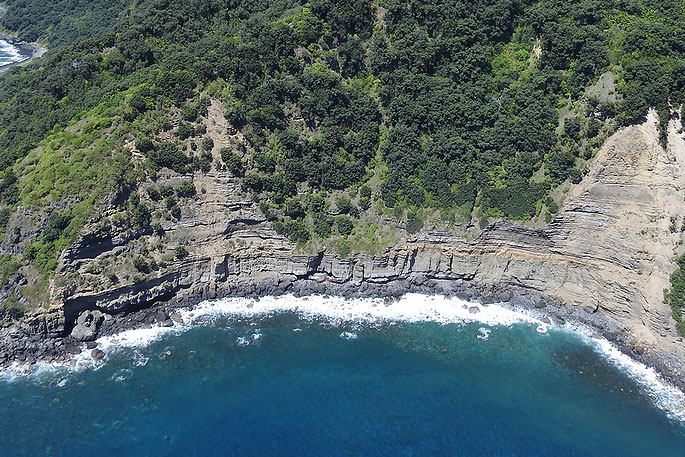