Hamilton to Auckland train ready to roll out 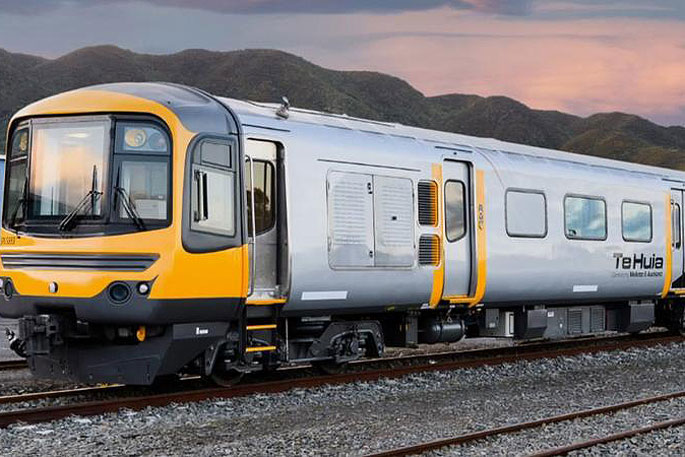 The government invested more than $80 million for the service with another $12 milllion coming from local authorities.

The service, called Te Huia, will begin in early April and will run return from Frankton to Papakura twice a day during the week, and once on selected Saturdays.

Waikato Regional Council Chair Russ Rimmington says the region is about to enter an exciting new era of public transport.

"It will be a crucial connection between the two major centres of Hamilton and Auckland for up to 300 people each weekday," says Rimmington.

"It will help to make roads safer, give people the stress-free travel and reliability they need between Waikato and Auckland, and the opportunity to either work or relax between destinations."

"It's taken courage, commitment and a large investment by the councils and central government, and also a great deal of work by KiwiRail, to realise the vision of a passenger service between Hamilton and Auckland," says Miller.

"It's exciting that it's now so close and all of KiwiRail joins me in wishing the service well, and encouraging the public to leave their cars at home and to take the train instead.

Hamilton Mayor Paula Southgate says the service was a "great start" and would provide a solid foundation on which passenger rail between the cities could expand and improve over time.

"The key now is making sure people are encouraged to jump on board and use it. Working people will see it as a mobile office, where they can get to and from Auckland safely and comfortably while they work. And it's a brilliant option for families who will be able to relax and really enjoy the ride."

Te Huia is estimated to remove up to 73,000 return car trips between the two cities annually.

I think there is much truth in what you said and it is pretty much the reality. However, an ageing population NEED public Transport (increasing numbers are not allowed to drive any more...) so something has to be done about it. I’d start by selling the current Bus fleet and buying much smaller, eco-friendly (electric or hybrid) units that can be easily deployed to meet extra demand. And we should also be looking to smaller, eco-friendly, cars as well.

I was really surprised they didn’t have a Sunday service. If you wanted to go to Auckland for the weekend you are stuck there until Monday.

When will the Government and Councils listen. We are Kiwis. We are independent. We drive cars. We don’t want your public transport. Buses in Tauranga drive around with one or two passengers, yet we have a Council that wants to redesign Cameron Rd for buses. Take your buses and trains, and go to hell. We DON’T want them