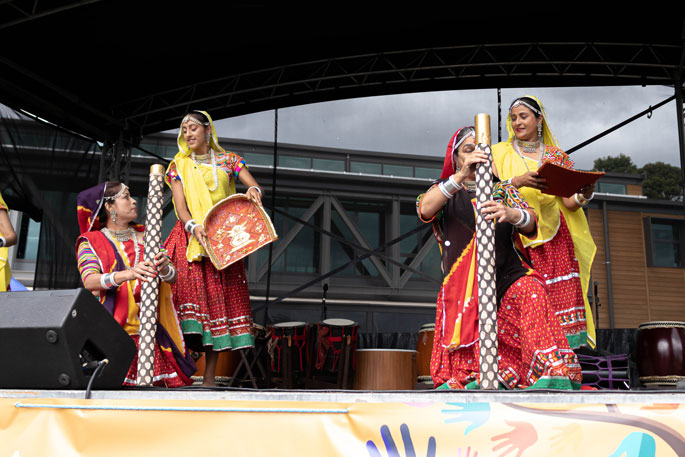 Organisers of the Tauranga Multicultural Festival are describing it as a “resounding success”.

The day dawned with a suggestion of good weather and whisper of hope as the organisers drove into the Historic Village to set up the grounds for the day on Saturday.

The whisper quickly turned into a buzz as the food vendors, craft stalls and activities for the day began to be set up.

“Volunteers all around us began to arrive and the reality of the day became more palpable,” says Multicultural Tauranga vice president Premila D'Mello.

“With the stage set for a great day, VIP’s Tauranga MP Simon Bridges, WBOP Mayor Garry Webber, Shad Rolleston and Fungai Mhlanga arrived and were escorted to the stage by cadets and were welcomed on stage by local kaumatua Tamati Tata and the Tauranga Intermediate group.”

After the National Anthem rendered by local songstress Jan Beets and a hymn by the Tongan Brass Band, the community event was ready to roll.

“Our MCs for the day were Stan Gregec and Kimberly D’Mello.”

The first act of the day was Malo Uma Pacifica from Mount Maunganui College.

The act was followed by Hemvati Bhaumik. 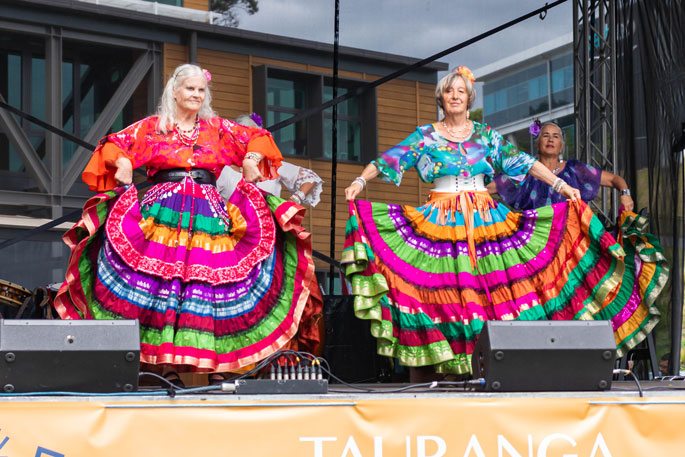 “The city of Tauranga shone as its migrants put on a show like no other for the community.”

Around the village, the Cook Islanders were weaving their Ei - flower wreaths for the crowds, the Samoan tent encouraged people to have a go at the pate, the Northern Horde encouraged people to partake of Medieval mock combat, the Indian tent offered tasters of sooji and lassi and the Czech showcased the longest flag in NZ.

While the parents lined up nearby, children partook of various activities such as origami, calligraphy, making Matariki stars, Easter craft and they even had a spin of a Wheel of Fortune!

“After a lot of anticipation, a crowd moved towards the area where Karena and Kasey were providing a free cooking demonstration preparing a hangi styled stuffed lamb.

“With this exciting part of the day done, one might assume we were done but the programme continued with Starjam who put a smile on everyone’s faces. 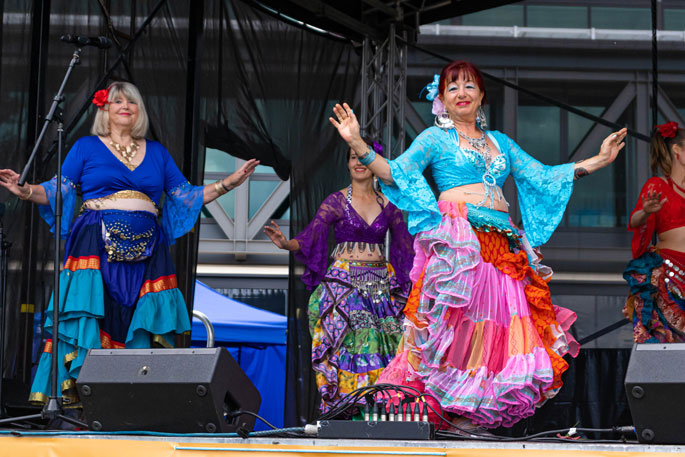 “Spanish seniorita, Indonesian wanita and Punjabi young ones continued to entertain the audience who stayed and soaked in the day.

“The day concluded with the Band - ‘Yaw Asamadu and Ozzi Ozza’, a Ghanaian Afrobeat band which got the crowds all going.

“Our hearts filled with renewed sense of hope, pukus full of food and our minds enriched with wonderful knowledge we all headed home to continue the year ahead with confidence in this wonderful city which is so welcoming and happy to share the cultural knowledge and experiences that migrants have brought with them into this new land of Aotearoa.” 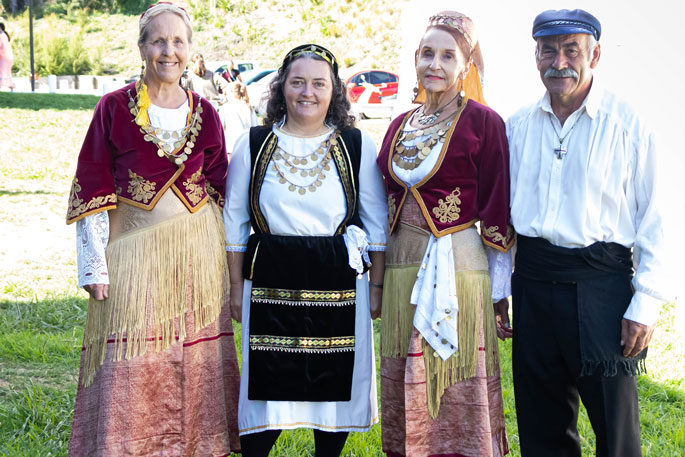 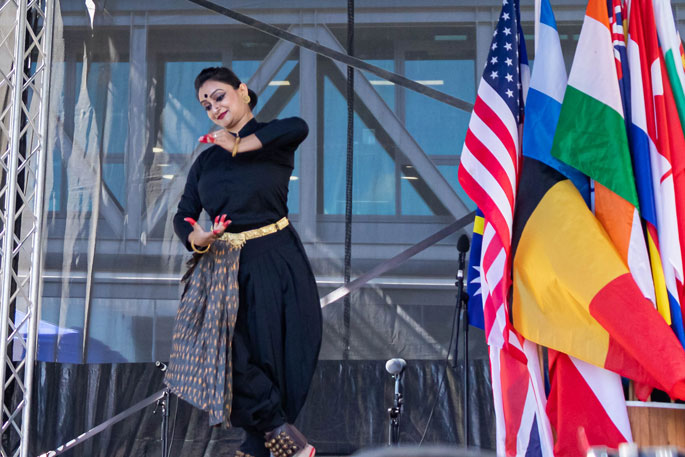 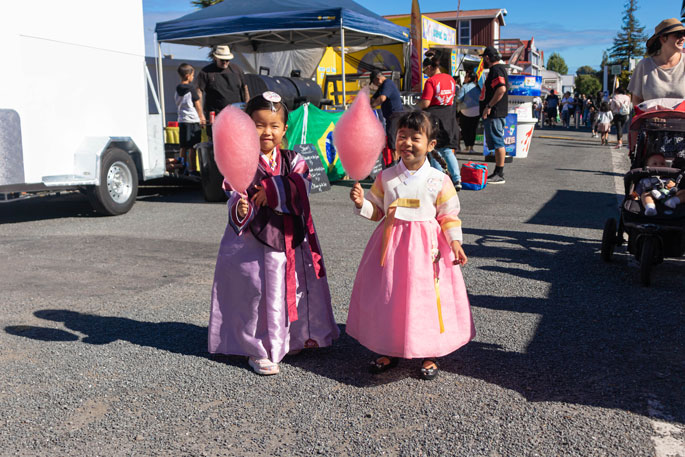 Diversity is our hope for the future. I love games where everybody wins.