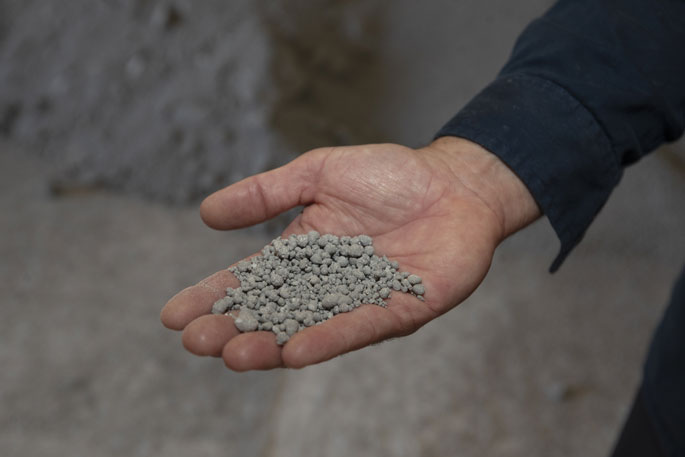 The Rail and Maritime Transport Union says it is inevitable that New Zealand will eventually stop the importation of phosphate rock mined in the disputed territory of Western Sahara.

It comes after the High Court of New Zealand recently threw out an application for a judicial review into the New Zealand superannuation fund’s investment into assets connected with mining in the North African nation.

Both Ballance Agri-Nutrients, whose head office is based in Mount Maunganui, and Ravensdown source phosphate rock from the Boucra mine in Western Sahara.

The Polisario Front, representing the indigenous Saharawi people, seek independence and consider ongoing Moroccan rule an invasion of their territory.

A ceasefire, which had been in place since 1991 between the Polisario Front and Morocco, ended in November last year.

The disputed sovereignty has led to the popularisation of the controversial term ‘blood phosphate’ among activists.

The argument in court was that continued investment from the fund contravened a mandate to avoid potentially prejudicing New Zealand’s reputation.

The High Court ruled that the Guardians of the superannuation fund have done all they can to minimise any risk to New Zealand’s reputation by developing policies based on widely accepted international standards to protect the fund from reputational damage.

The Fertiliser Association of New Zealand, of which Ballance and Ravensdown are a part of, acted as an intervener in the case.

They felt the case had no legal merit and suggested the application was a political tactic.

However, the High Court did conclude that “a reputational risk to wider New Zealand interests remains” and, with reference to that, the RMTU believe an end must be in sight for the importation of what they refer to as ‘blood phosphate’.

RMTU National Secretary Wayne Butson says the ongoing importation of blood phosphate is unacceptable and is disappointed the Court dismissed the application for a judicial review.

"However, the Court has sent a clear message by noting blood phosphate imports pose a reputational risk to New Zealand’s wider interests."

Wayne believes that growing international concern about the plight of the Saharawi people of Western Sahara makes it certain the imports will end.

In 2019, the New Zealand Council of Trade Unions passed a resolution condemning Morocco’s illegal occupation of Western Sahara and calling upon the New Zealand government to halt importation of phosphates from the area.

The RMTU represents port workers in several New Zealand ports the phosphate is imported into.

As a CTU affiliate, the RMTU has taken a number of actions to raise awareness of the situation in ports.

The RMTU delivered a letter of protest to the captain of the IVS Phoenix, a vessel carrying 56,000 metric tonnes of phosphate rock chartered by Ballance, when it arrived at the Port of Tauranga on February, 27.

The RMTU says it’s committed to continuing its protest action with the goal of ending the importation of phosphate rock mined in Western Sahara into New Zealand.

A perfect example of the decline in union membership. I doubt that the forced membership in the ports know or care about any of the countries that they handle goods from. Closed shop unionism is an excuse for jumped-up political activists to throw their weight around behind the shield of inactivity from their ill-informed minions.