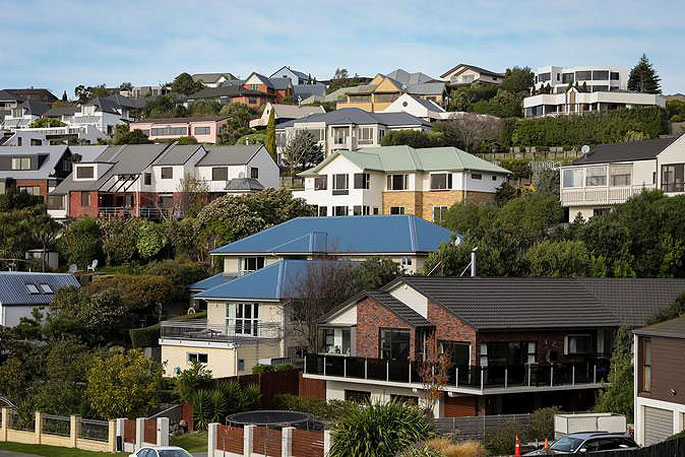 The prime minister has signalled the package will include urgent and long term measures that cover demand and supply (File image). Photo: RNZ / Nate McKinnon.

First-home buyers and industry professionals are asking the government to throw every tool they have in the box at fixing the housing crisis.

The government will today unveil its long-awaited plan to help first-home buyers get into the superheated market and up the housing stock.

Vicky, who lives in Lower Hutt with her husband, has been trying to buy a home in the area since coming home to New Zealand in September.

"It has been really heartbreaking. There have been so few houses and whenever you think you can afford one, it goes for $100,000 more than what even the real estate agent thinks it is."

Open homes are packed with first-home buyers and investors, she says, and the competition is high.

"It's been a really hard process for us."

Vicky wants the government to begin with changing the criteria on the First Home Grant.

That scheme gives buyers up to $5000 towards their first home if the house price is below the designated regional limit and incomes are below $85,000 or less for a single buyer and $130,000 for two.

"At the moment, very few people, particularly in bigger cities, could use that grant. It's an unrealistic amount. No-one really meets the criteria for it so making that meetable for a lot of people would be nice to see."

If significant new measures were not put in place, she could kiss owning her own home goodbye, she says.

"We would have to give up our dream of owning our own home and rent forever."

Property investors currently dominate a market where the median price is a million dollars or more in seven regions.

The government has already signalled a crack down on property speculators and may change the rules of the bright line test, meaning investors would pay more tax.

Infometrics economist Brad Olsen says there seems to be talk of extending that test out to 10 years.

But he too hopes the First Home Grant will change, including extending the amount of money in the grant and upping the house price caps, which he said were set "far too low for the current market".

The government can also look to limit interest only lending to investors, he says.

He wants everything thrown at fixing the crisis.

"There are no good ideas that should be left on the cutting room floor, we need to put all of them in practice to give ourselves the best shot of addressing the housing crisis in front of us."

AUT construction management professor John Tookey says more supply must be delivered by the government, because the private sector can not take on the risk in this climate.

"Government has to front-foot it. You have to view this as more of a recovery from a crisis like war and build your way out of the downturn."

He believes upping supply can be done in ways that did not just include long-term building projects.

"There isn't a lack of housing per se, what there is is too many people living in rental properties who seek to own," says Prof Tookey.

The government could incentivise rental property owners to "liberate" their properties, without punishing them, he says.

"It would convert investment properties, intended originally to fund retirement, to make them more liquid."

The prime minister has signalled today's package, to be announced at 9am, will include urgent and long term measures that will cover demand and supply.

....how many of these first-time buyers will expect to make a huge profit by knocking on their first home after 12 months? The same people who are moaning because they can’t get on the ladder will have the nerve to expect big profits in a short time. The answer is to reduce the deposit required by first-time buyers to 2 or 5 %, build more flats in areas which are not sought after and put a time limit on the selling of family homes to 3 years (unless there are exceptional circumstances - job relocation, loss of job, health). Otherwise, first-home buyers are going to add fuel to the raging fire.